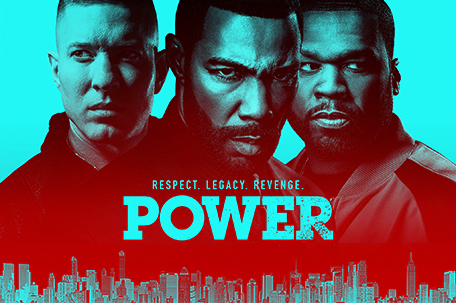 The TV series “Power” has been a phenomenon since its debut on Starz in 2014. Created by Courtney Kemp and produced by 50 Cent, “Power” follows the complicated life of “Ghost,” aka James Saint Patrick, and of the lives of those closest to him. Tommy Egan played by Joseph Sikora, captivates as the lively, loyal lifelong best friend and chosen brother of Ghost.

In its sixth and final season, the rollercoaster ride that is “Power” is packed with twists and turns. After an immense amount of loss, destruction and betrayal, audiences have seen Ghost and Tommy’s lives collide and shatter into a thousand pieces. Fans are on the edge of their seats waiting to see how it all ends.

Sikora spoke with the SUN about playing Tommy, the end of the series and what fans can look forward to in the final episodes. He embodies the character Tommy Egan seamlessly and shared his process.

“I get into the character organically,” he said. “I read a lot, I do a lot of my homework at home. I start to view the world through those characters eyes. I am not a method actor, but in terms of any skills that the character might need, I go practice and utilize them so that it’s in my body and in my bones. I show up to work as Joseph, and I go through whatever rituals I need to go through to get into Tommy. Then I’m fully 100 percent in as Tommy between action and cut.”

The beauty of Tommy Egan is the depth of his layers.

“I always say that Tommy is the people’s champ,” he continued. “Tommy is a worker, even if he’s a micro manager. He doesn’t think anyone else gets it right so he’s like, ‘alright, I’ll do it.’ But I think that we see our fathers or our partners in that. He’s a passionate human being and a lot of fun to play. I’ve had a great time exploring what the writers give me.”

“As long as I bring what I’m going to bring to the table, they’re (the writers) able to take this character to different places knowing that I’m going to be honest and truthful with how this man would function and operate in any situation. They’ve made the situations more extreme. What they’ve really done this sixth season… I mean, poor Tommy has had everything taken away from him!”

With the amount of loss that Tommy has experienced during the series, it’s a miracle that he’s still standing.  He’s lost his father, and not one, but two loves. This begs the question — who’s left?

“LaKeisha is the second love that he’s lost after the loss of Holly and their unborn child,” Sikora said. “His mother has never really been a true support system for him… and you have his brother. Is his brother gone? Is Ghost dead? Does shot mean killed? The last episode would lead us to believe that at least the news believes that Ghost is dead.”

In addition to the possible loss of Ghost, Tommy has also lost his second family.

“There’s also Tariq,” Sikora said. “When they are up on that roof, it really pains Tommy that he has to say, ‘I have to give you up because if I don’t, I’m going to have to kill you and I love you too much to kill you.’ And his sister Tasha… we saw again that she would give him up in a heartbeat. Tasha is going to protect her son at all costs… we saw that with LaKeisha’s murder too. So Tommy is truly alone.”

The biggest surprise for most fans has been the demise of Ghost and Tommy’s relationship.

“I think that as extreme as it’s ever gotten between Ghost and Tommy, there’s always been the love there,” Sikora said. “Even if you hate somebody, you can still love them. Those emotions have always existed”, he emphasized. “I will tell you this… after the next episode, a lot of those questions will be answered. The Tommy character will be viewed in a different light.”

With only three episodes left until the series finale, Sikora shared his feelings on the show coming to an end.

With only three weeks and three episodes left, will fans find out who shot Ghost before it’s all said and done? How will it all end?

Audiences will have to tune in to find out! In the interim, be sure to follow Sikora at: @JosephSikora4 on social media to keep up with and support his upcoming projects. “Power” airs on Starz on Sundays at 8pm ET 11 pm PT. You don’t want to miss the end of this dynamic series!

Final season of ‘Power’: Omari Hardwick and cast members reflect on how the show changed their lives