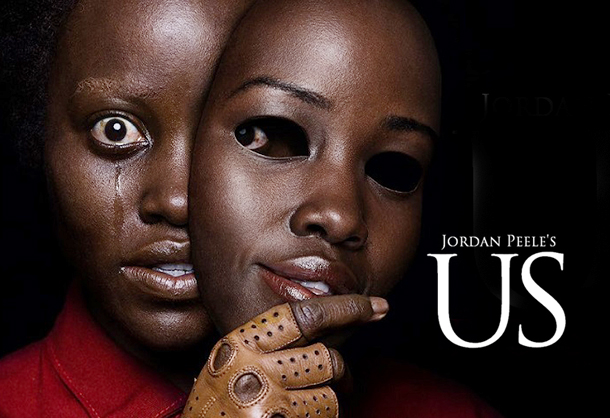 How does Jordan Peele follow ‘Get Out’? By turning the spotlight on ‘Us’

LOS ANGELES (AP) — Jordan Peele’s sweet spot as a filmmaker are the “pit in your stomach” moments. That thing that happens when you realize the woman stirring the tea isn’t just there for conversation. When you notice that the help is a little off. Or, as in his new film “Us,” when you see that the family of four standing in your driveway late at night looks exactly like you.

Peele knows how to get under your skin and stay there, and it’s what made him the must-see horror filmmaker of the moment. “Us,” out nationwide Friday, is only his second and yet it’s been an event-in-the-making ever since it was announced. That’s what happens when your debut is “Get Out.”

“Get Out” wasn’t even finished when the former sketch-comedian started cooking up the idea for his follow-up about doppelgangers, loosely inspired by the “Twilight Zone” episode “Mirror Image.” Then the wild success of “Get Out” — four Oscars nominations, one win (Peele for original screenplay), over $255 million in tickets sold against a $4.5 million budget, and general cultural impact — put Peele on another level. So by the time Universal Pictures agreed to make “Us,” not only did he have a budget over five times higher than his first, but he had his pick of collaborators too.

“Because of ‘Get Out’ I was privileged enough to be able to tap the best talent in the industry,” Peele said recently.

That goes for stars Lupita Nyong’o and Winston Duke, who play dual roles as the nuclear American family, the Wilsons, and the terrifying red jumpsuit-wearing and gold scissor-wielding Red and Abraham, as well as the below-the-line talent: Production designer Ruth De Jong (“Twin Peaks”); cinematographer Mike Gioulakis (“It Follows”); and costume designer Kym Barrett (“The Matrix”) among them.

“I had an amazing team on ‘Get Out,’” Peele said. “But this group sort of allowed me to stretch a little bit more.”

Duke was impressed by his calm. He knew there were “sophomore pressures” — he had his own set following his breakout role in “Black Panther” — but said Peele never brought any of that to set.

“Day one, (Peele) said, ‘Before we do anything I just want to let you guys know that I’m here for you. I won’t stop until we get the shot. When I say cut, we got the shot. So trust me, believe in me,’” Duke said. “And I was like, that’s all I need.”

Duke and Nyong’o already had a short hand working together. Yes, they had just both been in “Black Panther,” but they were also Yale Drama School graduates and have seen one another do everything from clown work to Chekhov.

“It was great to be able to perform with someone who I value as much more than a friend — I value her as a cohort. I value her as an ally. I went to work every day trying to make sure we could create a space where she could excel. I thought that was my duty,” Duke said. “We had a female lead and in our climate in Hollywood we were doing the work and leading by example.”

And Peele put them both through the wringer. The days on set as the Wilsons were full of laughter and fun. But the days as the murderous doppelgangers known as The Tethered, Peele said, felt like “a morgue.”

“The air getting sucked out of the room is an understatement. But it was kind of cool,” Peele said. The actors went “pretty method” on those days.

Nyong’o had it especially hard. She’d chosen to affect a strained vocal condition — spasmodic dysphonia — to make Red even more haunting. And she had to do Red’s first big monologue 11 times with that raspy, painful sounding voice.

“Us” is chock full of pop culture references, subtle and overt: A “Jaws” t-shirt here, a C.H.U.D. VHS there. Even the setting, the Santa Cruz boardwalk, is a callback to “The Lost Boys.” And every reference works “on two different levels and hopefully more,” Peele said. But don’t stress if you don’t catch or decipher them all.

“There are many of these things that only I will ever know,” Peele revealed.

Although one thing is not really up for interpretation: The genre. He tweeted the other day that ”‘Us’ is a horror movie.”

“I can see the debate already beginning and people are calling it different things. I have a little bit of fun with the big genre conversation,” he said. “But I saw enough little pieces of like ‘horror-thriller,’ ‘horror-comedy,’ ‘social-thriller,’ out there that I just want to make it nice clean and defined: It’s a horror movie.”

Peele hasn’t tired of explaining that “Us” isn’t about race, either. Though he understands why people might think it would be, considering “Get Out.”

“I know the way we are, the lack of representation in the industry and genre has led us to this point where it’s almost impossible to not see race in a movie with a black family in the center. And I wanted people to be ready to expand their expectations,” Peele said. “My fear was if I didn’t say anything that people would take away that this was a movie about black-on-black violence which was not my intention.”

As for whether Peele has felt internal or external pressures to match “Get Out’s” magic?