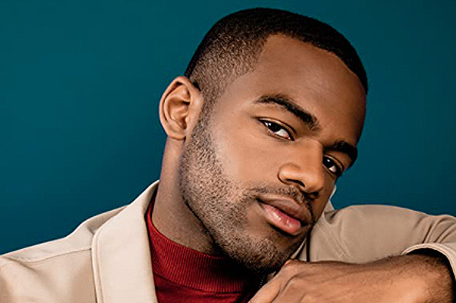 When it comes to success in the face of adversity, there is no better example than Ray “Ray-Ray” McElrathbey. Born in Chicago and raised in Atlanta, McElrathbey was forced to grow up much faster than any child should. His mother, who suffered from drug addiction, was unable to properly care for Ray and his 11-year old little brother Fahmarr. Her battles were the catalyst to Ray legally taking over the responsibility of caring for Fahmarr, and he did so while managing a full course load and a football scholarship at Clemson University.

A renaissance man in his own right, actor, musician and director, Reeves is no stranger to utilizing all aspects of his gifts. In “Safety,” Reeves was tasked with embodying and honoring McElrathbey. He shared what it was like learning from and interacting with Ray first-hand.

“I met Ray early actually, prior to even going to Atlanta to shoot…maybe a month in advance,” Reeves said. “We practiced, worked out and got in the mindset. He wasn’t really a big talker early on, but his work showed for it. He made sure to get me in Ray shape, so I could look and perform at my best.”

Reeves has a long history of athleticism both on and off the screen. Though his role as Shawn Scott on CW’s All American required a great deal of physical training, transforming himself into both the athlete and the man that is Ray McElrathbey, came with its own set of challenges.

“I feel like with Ray, it wasn’t just about being an athlete… I had to become “Ray” the athlete. Reeves explained. He’s a very specific person as far as work ethic — what he looks like and feels like on the field”,

“I’ll give you a little insider,” he continued. “While we were shooting, Ray had pads on one day and he’s eating Now and Laters out of his football pads. I’m like, ‘what are you doing?’ He’s like, ‘I’m eating candy, I used to do this back then too!’ So, I made sure moving forward throughout filming, that I had a Now and Later or Starburst on me, just to be true to the actual Ray. He’s incredible and his work ethic speaks for itself.”

In addition to the character work required for this role, the physical preparation was equally challenging.

“When you’re given a role that has so many moving parts from the school, to the home life, to college, to Fahmarr… it became a big ring of multitasking for me, which is what Ray does in the story — multitask,” he continued.  “Usually, the work and your preparation will align with what you’re playing. Really (it was about) just doing the work, being diligent to that, being careful and listening. I had to be on my P’s and Q’s just to prepare. When I actually got on film and started recording, I found myself doing the same thing.”

“Safety” offers the perfect balance of heartfelt moments and laughs. A great deal of that dynamic is tied to the undeniable chemistry between Reeves and his onscreen little brother played brilliantly by talented newcomer Thaddeus J. Mixson.

“Thaddeus is incredible! I remember even in the early audition process he puts his foot on the wall,” he said. “I had never seen a kid his age do that. I knew he was going to play Fahmarr since the first day, I just got his energy. He is a pretty spunky little kid.”

The brotherhood felt between the Fahmarr, Ray and his teammates in the film is genuine. The amount of time Reeves spent with his teammates off camera played a large role in that camaraderie .

“Growing up, I played a lot of sports, so it wasn’t strange to me to meet a group of men and just bond with them,” he said. “Luckily, these football players that they had me join and become part of their team were so welcoming. They made every day feel like we were shooting the best movie in the world. It didn’t even feel like we were shooting at some points… it just felt like genuine football practice and guys being guys.”

In addition to themes of brotherhood, the importance of community and unwavering courage, “Safety” also offers a dose of humanity in how it addresses addiction and its impact on families.

“Honestly, it was a blessing to be able to tell a story that shows the positive side of what can happen when addiction is in the family. Something we tend to forget with addiction, it’s not just the person who’s using that’s affected — it’s everyone around them,” Reeves said. “To tell a story of triumph coming from that, meant a lot to me, especially after coming off a show like “All American,” playing a guy who was doing all the bad things. To play someone who was affected by addiction and overcame — I think is a great message and we need to see more of that.

“We need to see not just the problem, but [also] how do we beat the problem,” he said. “Show me ways to get past that in life. I love that Ray did that, because if he hadn’t, we wouldn’t be here telling this story today.”

With the release of “Safety” just days away, Reeves shared his desire for audiences.

“I just want people to enjoy this. It’s not really about me,” he said. “Yeah, I’m the guy in it -’ I’m the guy on the billboard, but it’s not my story. It’s Ray’s story, it’s his brother’s story and his mother’s story. As long as they feel great about it, that’s all that matters to me.”

Be sure to follow Jay Reeves on Instagram at: @jayreeves7. “Safety” will be available to stream on Disney+ exclusively on Friday, December 11, 2020.

Don’t miss the chance to experience this heartwarming story of triumph!