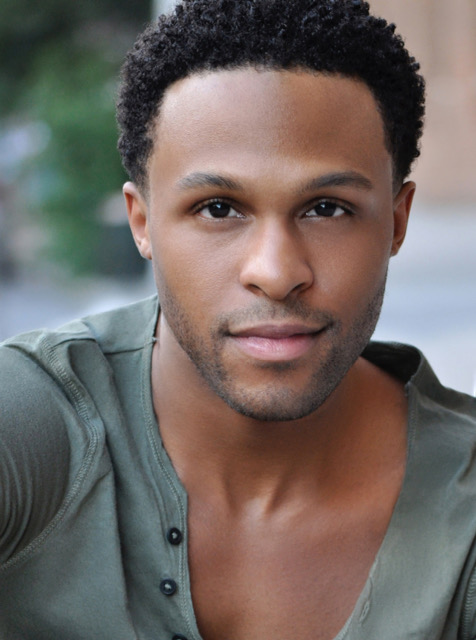 Motown … describing an era of music that is timeless.

Originally founded in 1959 as Tamla Records, Motown became known worldwide for its trademark “Motown Sound”. The hybrid of soul and pop music generated from Motown not only climbed the charts in record time, but it also streamlined the integration of soul music to the mainstream by breaking down barriers of the racial divide. Motown introduced the world to once in a lifetime talents; The Supremes, Jackson 5, Smokey Robinson, Ashford and Simpson, Stevie Wonder, and Marvin Gaye.The Broadway hit ‘Motown: The Musical’ is back on its second national tour and making a stop in Philadelphia. Jarran Muse who plays Marvin Gaye in the stage production, sat down to tell us about his journey with the production so far.

Muse, a New Jersey native, grew up with a passion for music.  Initially he wasn’t sure where his love for entertainment would take him, but eventually his passion transformed into a budding career on Broadway. Muse said, “Broadway was something we didn’t do as a family. We didn’t go see shows, we didn’t have money for stuff like that. I didn’t think theater was something you could do for a living, but when I got to middle school I started doing community theater and then I started to realize adults could do this… I realized it was possible.”

After recognizing the endless opportunities that his gifts could provide him, Muse continued his preparation while studying at the University of The Arts. After graduation and landing roles in various shows, Muse and Motown met on stage.  “The first time I auditioned for Motown was not for the Broadway production,” Muse said, “it was a workshop. I knew that they were working on a Motown story, and that they wanted to go to Broadway. I had a two-week break from doing the Superfly workshop and during that break I found out the first Motown workshop was happening. When I was auditioning it was perfect. I was running out of my 10 minute bathroom breaks from Superfly, to the casting director for Motown which was literally next door. I would run in, audition, and then run back to the rehearsal without the creative team even knowing. Then I got in which was amazing. Literally everything that is supposed to be will be.”

Jarran Muse began his journey with “Motown: The Musical” at the very beginning of its inception. His initial roles in the show would eventually prepare him for truly embodying the role of Marvin Gaye. “My initial job was to sing. When we opened on Broadway, it was the hardest job I’ve ever done. We had about 50 people in the cast and I had to know everybody’s parts, everybody’s harmonies, everyone’s tracks, and every groups’ everything. I didn’t become Marvin Gaye until a year later. When we started the first national tour I got promoted. They were like, you’re playing all these people and you’re incredible, but your best is Marvin Gaye, so you’re the new Marvin Gaye for the tour. Now I’ve been Marvin since 2014. I played him on the first national tour and now we’re back on the second national tour and I’m Marvin again.”

Although Muse is still reveling in playing the role of a lifetime, he was also candid about some of the challenges. “It’s been hard. The reason why is because I care about what people say. Marvin was such an iconic figure, and people have high expectations because they were so in love with him. So I always feel like I am I going to be enough? And then I sit down and I think, wait a minute. You didn’t cast yourself, Berry Gordy Jr. picked you to play this role so relax dude you got it.”

Motown features four of Marvin Gaye’s biggest hits, including Muse’s favorite “What’s Going On?”. He offered his perspective on the significance of this song in particular. “”What’s Going On?” has so many parallels to what’s happening currently and what was happening in the late 60s when he wrote it. It holds so much weight and truth today which speaks to his genius. He was 50 years ahead with lyrics that are still holding the same amount of weight in 2017 as they did in 1969… That’s incredible!”

Other incredible aspects of “Motown: The Musical” are the history lessons the audience is sure to walk away with after seeing the show. Muse adds, “That’s the cool part, a lot of people who love the story are actually going to get a piece of it. It’s not just a review show, it’s not a concert version of Motown, you’re going to learn and see how Mr. Gordy found the artists. You get to see how he met Diana Ross and the Supremes and their journey to stardom. The main story behind Motown: The Musical, is the love story of Mr. Gordy and Diana Ross, because she was the love of his life.”

Fans of Motown can see the larger than life show at The Academy of Music from May 30th through June 11th. Tickets are available at https://www.kimmelcenter.org. Fans of Jarran Muse can keep up with him by following @jarranmuse on Twitter and @jaemuse on Instagram.