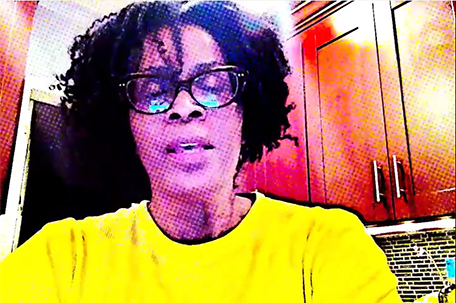 Janet Hubert has reignited her feud with Will Smith by targeting his wife, Jada Pinkett Smith, over her choice to boycott the Oscars this year. She and director Spike Lee have both decried the Oscars for being what Lee has termed “lily white” and both have called for a boycott of the ceremonies, which air February 28, 2016.

Janet Hubert starred in The Fresh Prince of Bel Air from September 1990 until she was fired in 1993. The actress, now 60, was very vocal about her firing and blamed Will Smith for what happened. She said recently that her feud with Smith had grown tiring, and she felt that the rift needed to be healed.

The Huffington Post said that Hubert seemed ready to move on from the feud in 2013.

In an interview with OMG! Insider, Janet Hubert reportedly said, “We need to have a reunion, we have to end this horrible, 21-year war. I think we all owe each other an apology.”

It would seem that the rift will remain in place for the time being, thanks to Janet Hubert’s recent four-minute tirade against Jada Pinkett Smith’s decision to boycott the Oscars.

Janet Hubert appears to go straight for the jugular right at the start of the video, suggesting that perhaps Will Smith does not want to speak about the Academy’s decision to not give him a nomination for his work in ‘Concussion’, where he plays forensic pathologist Dr. Bennet Omalu.

“First of all, Miss Thing,” Janet Hubert says, according to Entertainment Weekly, “does your man not have a mouth of his own with which to speak?”

While she does address Jada Pinkett Smith’s call to boycott, she seems to address Will Smith’s performance in Concussion directly in the video. The Toronto Sun reports that Janet Hubert called out Will Smith’s performance as essentially unworthy of an Oscar nod, suggesting that he is asking others to support him because he did not get a nomination.

“Maybe you didn’t deserve a nomination. I don’t think frankly you deserved a Golden Globe nomination with that accent but you got one. Just because the world don’t go the way you want it to go doesn’t mean you can go out and start asking people to stand up and sing ‘We Shall Overcome’ for you… Y’all need to get over yourselves… You are a part of Hollywood, you are part of the system that is unfair to other actors. So get real… You know some of us have got mortgages to pay, we got bills to pay, we have bigger s— to worry about than the Oscars.”

To Jada Pinkett Smith, Janet Hubert remarked that it was perhaps not a smart move on her part to ask other black actors and actresses to boycott the awards ceremony as well.

“We are rarely recognized for our artistic accomplishments,” she noted. “Should people of color refrain from participating all together? People can only treat us in the way in which we allow. With much respect in the midst of deep disappointment.”

Janet Hubert, however, was not going to let Jada Pinkett Smith’s words go unnoticed. She told the actress in the video that she felt it was inappropriate to ask her fellow actors and actresses to boycott the awards ceremony with her.

“For you to ask other actors and other blacktresses and black actors to jeopardize their career and their standing in a town, you know damn well you don’t do that,” Janet Hubert said. “And, here’s the other thing, they don’t care. They don’t care! I find it ironic that somebody who has made their living and has made millions and millions of dollars from the very people that you’re talking about boycotting just because you didn’t get a nomination, just because you didn’t win? That’s not the way life works, baby. Okay?”

Janet Hubert also referenced the bad blood between herself and Will Smith that had been between them since her inauspicious departure from The Fresh Prince of Bel Air, telling the actor that his lack of a nomination (and the few unsuccessful movies he has had) was karma at play.

Janet Hubert still salty toward Will Smith; calls him ‘a**hole’