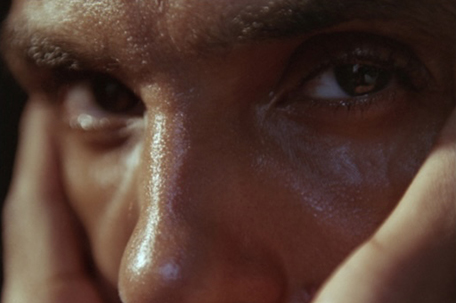 Philadelphia native James Holloway has always had a love for the creative.

His love for performance first blossomed with acting. Holloway attended the State University of New York-Purchase College, where he completed his bachelor’s degree. He then went on to earn a master’s degree in classical acting from the renowned London Academy of Music and Dramatic Art (LAMDA).

Holloway went on to appear in various television shows and films on networks like HBO, NBC, ABC, Showtime and more. However, life as a creative, although extremely fulfilling, comes with its fair share of challenges.

Many creatives had to begin shifting gears at the start of the pandemic. Holloway was no different. During that time, he began pursuing additional creative avenues. That shift led him to delve more into his musical abilities.

In 2020, Holloway and his longtime friend and London-based producer Dino Kararic, professionally known as DSOUNDS, released their first collaboration in the form of the single, “No Smile.” Holloway and DSOUNDS have come together once again to release Holloway’s first EP entitled “Halfway.” Holloway spoke with the SUN about the journey he took to create this project that is very personal to him.

As stated earlier, Holloway’s love for music was apparent very early in his life, although it took some time to come to fruition.

“I always have loved music,” he said. “My first instrument that I played was the violin but, I went through a rebellious and defiant stage in my youth. I remember three specific moments where I’m sitting at the piano (I have a good ear — I can teach myself different melodies). My mom would ask me, ‘Do you want piano lessons?’ I would say no, but that taught me many lessons. I remember it today and not to say “no” to things, especially when people are looking to help you, support you or to better you for your dreams or visions that they can rightly see.”

“I tried the violin, the drums and the saxophone at one point, but then I moved on to writing and writing raps, because I was always good with poetry,” he said. “But I’ve always been involved in music, and the older I got, the more it became a realization of, ‘Oh, you don’t have to be so private with this — you could make it public.’”

Holloway was nudged to do just that by a friend who believed his musical abilities should be shared with the masses.

“I would use music for my acting,” Holloway recalled. “If there was a role that involved music, I was always in the mix for it, and I booked a couple of things that were music related. Those were things that I had in my back pocket.”

“When the pandemic hit, I had a friend nudge me — my friend Nazette —we went to undergrad together at SUNY Purchase,” he said. “She sends me a note that says, ‘I’m still waiting on your album.’ She remembered a free style I did back in 2016.I said, ‘Nazette, I feel like you saved my life for what I need to be focused on during this pandemic, because I was so down. It became ‘how can I reinvent — what are the things I can do now?’ When my friend hit me up with that, it was, like, ‘That’s it — that’s the element of performing where I’ll express myself.’”

Holloway and DSOUNDS received their first music distribution deal for their work on “Halfway.” Although Holloway greatly appreciates the additional backing, he also expressed his gratitude for moments when he is reminded of the positive ways his music has impacted those around him.

“My producer DSOUNDS said something like “No Smile” was his breakthrough,” Holloway said. “Oftentimes, you think that a breakthrough involves financial success or fame type of recognition, but these are the breakthroughs — it’s happening. A music distribution deal, I feel, like, is just a bonus or a plus. Now I guess it’s not so much a hobby [as] this is more so an extension of James Holloway.”

Holloway, who is also an actor, screenwriter, and performing arts coach for the youth in addition to being a songwriter and rapper, is peeling back additional layers of who he truly is and what he wants his artistry to represent in his EP “Halfway.”

“When the idea for “Halfway” came, I knew I had the project,” Holloway said. “I knew that the project was going to be the concept of that song. I was sitting there in a nostalgic mood and it just came to me. I started thinking about my son who I don’t think was even one yet, In “Halfway,” I wanted a declaration, I wanted a prayer… I needed that uplifting quality. I needed to come to terms with the fact that I’m not going to be here forever. I needed to come to terms with my mortality, because if I didn’t, I’m probably not living my life fully, which speaks to the lyrics “I’m running out of time over pour my life. I can’t have it halfway. If I’m not living up to the person I was put on this earth to be — I don’t want it.”

In addition to “Halfway” focusing on the importance of living your life to the fullest, fueling your passions and sharing them, it  expresses the importance and power of love in all its forms.

“Roses” is a love song. I wanted people to feel like it’s cool to be outward about your affection and about your love,” Holloway said. “120 On The Dash” is a smooth remix of “Bye” (one of Holloway’s earlier released singles),and the bridge is a short acting monologue. “Morning” is a love story to music, and I took the most time to write this song. I wanted to fully be in the space of this is all I need to feed my soul. Then “Mama Don’t Be Scared” …I really love that song. The most story elements are present in that song. It’s tough to share things like that, but I wanted and needed to do it. I found this cadence that allowed me to release things that I guess I’ve always walked with in life because it’s about my mother and my relationship with her.”

“Halfway” is truly a heartfelt and transparent extension of Holloway’s journey thus far. He shared the overall message of the project.

“It’s a true declaration and a true prayer,” Holloway said. “I didn’t know it was going to be so motivational, but it truly is. You can have motivation in more than one aspect. You can be motivated to love, you can be motivated to leave a love that’s mistreating you, which is “120 On The Dash”. It’s about being in touch with who you are. Don’t stray from who you are walk towards it and you’ll probably feel the immensity of your blessings.”

The EP “Halfway” is distributed through Soulspazm and will be available to stream, download and purchase everywhere music is sold on December 2. Be sure to support James Holloway and this incredible project by following him on IG and YouTube @JamesHollowayOfficial and visit his website at: www.iamjamesholloway.com.