James Gilmer: From a dream to the Alvin Ailey American Dance Theater 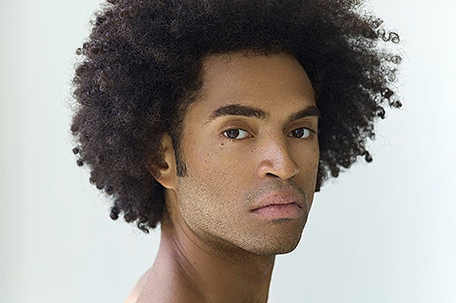 Pittsburgh native James Gilmer always had a love for the arts. Growing up in a family that was musically and artistically inclined sparked an interest in dance at an early age. His parents began cultivating his love for dance by putting him in a ballet and tap sampler class at the Larry Cervi School of dance when he was just five years old.  Gilmer went on to receive a scholarship to attend the Pittsburgh Ballet Theatre School when he was 8 years old.

Gilmer landed his dream job just a year before COVID-19 took its toll on the world and shut down live performances. He shared his experience working through the drastic changes and restrictions.

“It was definitely nothing short of ridiculous,” Gilmer said. “I remember thinking when I first got this job, wow I did it… let’s see how this goes.  I went on the international tour with the company for four weeks and performed in one season here before we were on the tour around the country when the pandemic started. I didn’t really believe what was going on and I didn’t really understand but I was in pretty strong disbelief and shock. My own personal relationship to dance — it’s always been a huge part of my life and my passion. It’s also been something that’s been a real sense of pride with contributing to culture… how dance supports culture and how it’s folded into Black culture. I think a lot of comfort came when we were able to start doing rehearsals and be reunited in the same space, hear what they’ve been going through and commiserate with other Black artists.”

As an African American male dancer in a field that does not always welcome diversity, Gilmer also shared some additional obstacles he has faced.

“One of the biggest differences in my journey up until this point is not really being able to look around and see so [many who] really resemble you or remind you of yourself, whereas here (with Alvin Ailey), I’m really able to do that,” he said. “I’m able to take what some of my co-workers do and physicalize it in a way that I haven’t been able to do in other spaces. Body types have been different, and so have personal strengths. Here, I’m able to trust my coworkers’ feedback, because they have an understanding of what it’s like to have a bigger frame, longer legs and things that aren’t as easily found in other ballet companies. Ailey is really special because (what I’ve found here) is not found in most companies anywhere.”

“I feel super privileged to be here, and it’s really someplace I’ve always wanted to be,” Gilmer added. “It’s definitely not what I expected, but I am just grateful to have a career that I can be proud of and spaces like Ailey to do what I love with such incredibly talented heartfelt artists. It’s really such a gift.”

The biggest gift for most performing artists is performing itself. Gilmer shared his excitement about working with the Alvin Ailey American Dance Theater at the Kimmel Cultural Campus.

“We had a season here in New York that lasted two weeks, before the wave of omicron, which was really real here,” he said. “It’ll be our first performance since those cancellations, which is really exciting. I’m excited to go back to Philadelphia. I performed there once when I was 13 or 14  —  I was really young, just starting out. It was my first tour and my first time performing anywhere outside of Pittsburgh. I’m really looking forward to it!”

Those attending the performances at the Kimmel Cultural Campus can look forward to a number of pieces, including Gilmer’s personal favorite, the fall section from “The River” — a quartet for four men where they each have a variation.

“We’re doing some of our director Robert Battle’s repertoire, as well as works from our founding director Alvin Ailey himself,” he said. “Both performances Saturday are all Ailey performances. I believe Saturday’s program will also honor Duke Ellington’s music. The performances Friday and Sunday also include “Revelations.” I’ve always wanted to do ballet on stage, but doing it in this way is really what I’ve always been after vs. doing more traditional story ballet.”

Be sure to follow James as his dance journey continues to blossom on Instagram @james.agilmer. The Alvin Ailey American Dance Theater engagement will take place at the Kimmel Cultural Campus, from January 28-30. To find out more details about tickets and showtimes, visit: www.kimmelculturalcampus.org.