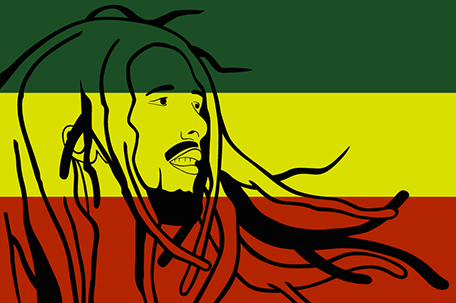 The 55th anniversary of Jamaica’s Independence will be celebrated with a tribute to the late reggae pioneer Bob Marley Tribute from noon to 8 p.m. on South Street.

The  Philadelphia celebration is said to be the largest celebration of the island nation’s independence outside of Jamaica itself and it’s expected to bring Jamaican expatriates from near and far to South Street.

Councilwoman Jannie Blackwell, Councilman Kenyatta Johnson, Jovida Hill, executive director of the Philadelphia Commission for Women and a representative from Mayor Jim Kenney’s office  are expected to be in attendance as we raise the Jamaican and American flags to start the celebration.

Pennsylvania plays a prominent part in the history of Jamaica because it is where Robert Nesta “Bob Marley” did his last live performance.

As he took the stage in Pittsburgh on September 23, 1980, the reggae legend left his mark in Pennsylvania, a mark that has been sustained over the years. He is cherished by Pennsylvania’s and they look forward to embracing his cultural impact and showing love to the King of Reggae. The colors red/green/yellow, will be the order of the day and will be seen through the entire week from August 1st 2017 to August 6th 2017.

For more information, contact Randolph Fisher, President of the Jamaica Pennsylvania Association at 267-593-6718 or send and email to [email protected].