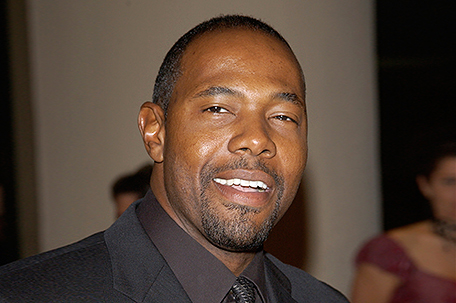 It was Terry Claybon, a boxing expert who’s trained Fuqua for years. He’d just met with Jake Gyllenhaal to see if the actor could fight and he didn’t have good news.

Gyllenhaal could hardly be blamed. He’d never boxed and Fuqua was looking for something specific.

As a lifetime boxing student and devotee, the Training Day director wanted realism in his movie. He’d never directed a film about the sport he loved so dearly and he really didn’t want to make just another boxing movie.

Between Rocky and Raging Bull and a number of lesser imitators, the cinema is a not so secret fan of the drama and metaphors inherent in the brutal sport.

“I thought, `I need a guy who will give me his heart, train seven days a week, twice a day and eat, sleep, drink and live like a fighter,’” he said. And his trusted trainer had just told him Gyllenhaal wasn’t it.

“Sons of Anarchy” creator Kurt Sutter had written the script about this champ’s fall from grace and struggle to get his daughter back for rapper Eminem. And Gyllenhaal wasn’t the only name tossed around when Eminem dropped out.

Yet the possibility lingered. Not only did Fuqua think that Gyllenhaal had the physical size and expressive eyes to make this fairly unlikable guy lovable, Harvey Weinstein was also keen on him.

Gyllenhaal was prepared for the challenge. The now 34-year-old actor had just shed 30 pounds to play a creepy freelance videographer in “Nightcrawler” and he didn’t hesitate to throw himself into the ring.

Two weeks after that initial call, Claybon had a much altered message.

“He said, ‘you were right. This guy’s got heart. He’s tough,’” recalls Fuqua.

So they started building Billy Hope together. Literally.

Fuqua and Gyllenhaal trained side-by-side twice a day, (nearly) every day for months with Claybon. They did it all: the tires, the sparring, the sprints, the long runs and the sit-ups. Fuqua eventually scaled back to once a day, while Gyllenhaal soldiered on.

It didn’t ease up on set, either. Fuqua filmed the three-minute rounds straight through, often opting for six-minute takes without the help of body doubles. He and cinematographer Mauro Fiore even enlisted HBO Boxing veterans Todd Palladino and Rick Cypher to shoot the fights.

“We shot it like we would shoot a real fight. We did real rounds. We didn’t even stop to light it. When he was exhausted, when his lungs were hurting, when he was spitting blood? That was real,” said Fuqua.

Gyllenhaal was devoted to getting it right.

“There’re a couple shots where he really got hit in the ribs,” said Fuqua. “I would go out to stop it and he would wave me off. He wanted to keep going.”

Many of those real hits made the final cut.

“It just creates depth and adds richness to everything. It never got to be too much,” added Gyllenhaal – even when he was vomiting in the corner.

Although his physical transformation was paramount, the actor also had to immerse himself in the real world of boxing, stealing bits of personalities or experiences from the stories he’d heard from the amateurs in the gym during the five-month prep.

“The effects it has on fighters are brutal,” he said. “Because of that, I’m not just there to see a fight, I’m also there to watch and ask what is each fighter fighting for – to find out what are they trying to prove.”

The only professional boxer Gyllenhaal personally reached out to was Miguel Cotto, whose technique and family life served as a big influence on the character.

“I love his fighting, his style, I love watching him,” said the actor.

Cotto even provided the unlikely inspiration for a small, but powerful detail in Southpaw. Billy Hope strides out to the ring to no music in a climactic scene, which is exactly what Cotto did when he fought Sergio Martinez in June 2014. Gyllenhaal knew it was perfect for Billy’s moment, and Fuqua agreed.

“It took me about a month and a half to come out of this whole thing and this whole experience,” said the actor, even though he’s still training and wishing he’d had even more time to perfect his boxing grace. But he doesn’t like to dwell on the blurred line between fiction and reality.

“To me, that’s what the craft of acting is. If it looks like magic, you’re doing it the right way,” said Gyllenhaal.

And he’s got the bruises to prove it.