Jada Pinkett Smith not returning for another season of ‘Gotham’ 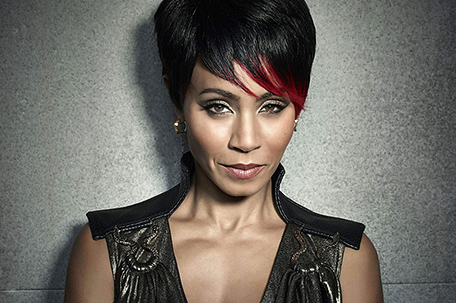 Too bad! As I’ve said on this blog in the past, she’s one of the best things about the show. But the actress Jada Pinkett-Smith revealed on “Live! with Kelly and Michael” this morning that she will, in fact, not be returning for season two of “Gotham,” saying that she signed up for one year, and the year is up, so, game over! What that suggests for her character, at the end of this season, is anyone’s guess. The first season order originally consisted of 16 episodes, but was later extended to 22. There are just four episodes left.

But now that the news is out (I do wonder if she was supposed to reveal what she did this morning), there could be a groundswell of support for her character to return next season (assuming she isn’t supposed to die at the end of this season), which might encourage Fox to bring her back for season two.

Although, she also may not want to come back, and it’s not entirely Fox’s decision to make. Her 1 year is up, and she may be content, and ready to move on to something else.

Fish Mooney is a character we rarely ever see black actresses be given the opportunity to play, especially on a major broadcast network. And, if only for that reason, you should give the series a look, if you aren’t already watching.

As played by Jada Pinkett Smith in “Gotham,” she is quite the bad-ass, to be blunt. A sadistic gangster boss and nightclub owner, with street smarts and almost extra-sensory abilities to read people. Further, despite her diminutive figure, she’s imposing, in control, even scary, and just not one to be messed with! Ask all the white male characters on the show who are intimidated or threatened by Fish Mooney and her presence.

I did wonder if the character was originally written as a woman (let alone a black woman). My research didn’t give me an answer to that question. But I did learn that Fish Mooney is the only major character on the show that doesn’t come from the comics. She’s completely original, an invention of “Gotham’s” creative team.

We know that she used to be Oswald Cobblepot’s (who would eventually become The Penguin) employer, before he betrayed her in the first episode. We know that she’s not exactly happy with her current position on the crime ladder, and that she has her eye on taking down mob boss Falcone, and gaining full control of the underworld for herself. We know that, what might at first seem like bipolarity, or a personality disorder in Mooney is actually a front for a character that’s a master manipulator, who knows how to get exactly what she wants from others; can be, at once, lovingly motherly, and in the same breath, fatal, especially against those who cross her. Most of all, we know that she’s dangerous. When dealing with Fish Mooney, you’re only safe so long as you’re useful to her. The minute that changes, well, good night and good luck.

And Pinkett-Smith seems to be having a lot of fun with the sometimes outlandishness of the character – a captivating and intriguing mystery in a svelte box. Although, according to the new video below, some of that mystery just might be unpacked in coming episodes of the series, about the dark days in Gotham before the Dark Knight.

She’s not the star of the show, but she’s a key figure – one you should be paying attention to if you aren’t.

“Gotham” airs Mondays at 8/7c on Fox. It probably won’t win any Emmys, but it’s an unpretentious, well-made, fun show, that knows exactly what it is, and doesn’t try to be anything else.