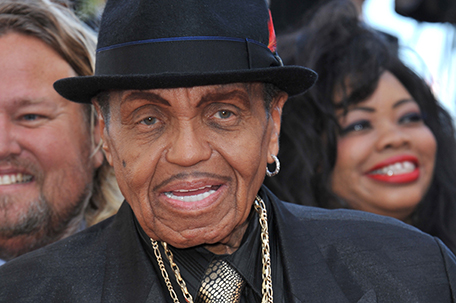 NEW YORK — Joe Jackson once had his own dreams of success. He tried to be a boxer and then played guitar with a group called The Falcons. But he realized early on that there was an overwhelming pool of musical talent in his children, particularly a little bright-eyed boy named Michael.

He channeled his ambition through them, creating one of the greatest pop vocal groups, The Jackson Five, and launched the career of one of entertainment’s greatest legends in Michael Jackson, as well as another superstar talent, daughter Janet.

Yet the legacy of Jackson, who died Wednesday in Las Vegas at the age of 89, was steeped not only in the brilliant guidance of his children into the world’s premiere entertainment dynasty, but the iron fist with which he did it. His children called him Joseph — they weren’t allowed to call him by fatherly terms.

“You call me Joseph,’” Janet Jackson recalled her father telling her once when she called him dad. “I’m Joseph to you.”

By the time they were all adults, his children severed professional ties to him, preferring to let others guide the careers he once nurtured.

Still, in times of turmoil, it was Joe that they continued to turn to. When Michael Jackson stood trial on allegations that he sexually abused a child (he was acquitted), it was Joe Jackson who was at his side on most days. Janet Jackson rationalized that her father wanted the best for his children, even if he didn’t go about it the right way.

Joseph Walter Jackson was born in Fountain Hill, Arkansas, on July 26, 1928. He was the eldest of four children to a high school teacher and a house wife. When he was 12, his parents split and he moved with his father to Oakland, California. At 18, he moved to Indiana to live near his mother in East Chicago.

It was in Indiana that he met and married Katherine Scruse, with whom he settled in Gary. He worked as a welder and crane operator, sometimes holding as many as three jobs at a time to support his family.

He abandoned his musical ambitions in part because of his burgeoning brood, which would eventually swell to include nine children — Rebbie, Jackie, Tito, Jermaine, La Toya, Marlon, Michael, Randy and youngest sister Janet — all living in a three-room house in Gary. (A 10th child, Brandon, was stillborn.) He kept his guitar — but made it clear it was off limits to anyone but him.

His children didn’t listen. One day, the older brothers broke a string on the beloved guitar, as Michael Jackson described in his autobiography “Moonwalk.” Fearing a beating, Tito Jackson hid in fear, but when his father demanded he show what he could do with the guitar, he did — and Joe Jackson was awed. And a musical group was born.

Michael joined the group at age 8, and was its showstopper from the beginning. A bundle of energy with a high-pitched voice, amazing dance moves and a smile that wouldn’t quit, he quickly became the lead singer. His father invested in professional equipment for the children, booked tour dates and became their manager. That eventually led to a contract with Motown Records for his five oldest boys, a deal that launched them into superstardom with their bubble-gum pop-soul sound.

Years later, he helped maneuver their exit from Motown to Epic Records when he felt that the legendary label was stifling his sons’ creativity. They became The Jacksons, with Jermaine staying with Motown and brother Randy joining the group. They eventually wrote their own music, leading to Michael Jackson’s growth as a singer-songwriter.

Michael Jackson credited his father with making sure his children weren’t cheated by industry vultures, and noted that unlike some child stars, his parents didn’t take their children’s money to enrich themselves.

In his own autobiography, Jackson acknowledged being a stern parent, saying he believed it was the only way to prepare his children for the tough world of show business. But he denied many of the claims of physical abuse.

No longer involved in his children’s careers, Joseph Jackson launched a boot camp for aspiring hip-hop artists, promoting lyrics without vulgarity and sponsoring competitions for young artists from across the country.

Joe Jackson is survived by his wife, eight of his children with Katherine, daughter Joh’Vonnie Jackson and more than two dozen grandchildren.