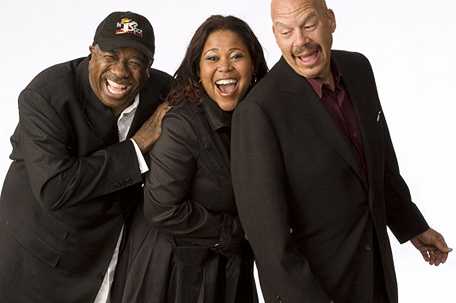 By Yvette Caslin, Rolling Out

Rolling Out magazine via AlwaysAList.com reported this week that veteran comic J. Anthony Brown has officially signed off the “Tom Joyner Morning Show.”

Earlier this year in January, there were reports that Brown walked off the nationally syndicated program. He and the morning show crew, which includes “The Fly Jock” Tom Joyner and Sybil Wilkes have been working in tandem for two decades.

Brown’s manager, Sharavious Jackson, reported to allaccess.com that his official last day on the show was Black Friday, Nov. 25, 2016.

Brown, who has kept us laughing with his signature phrase, “Watch out deh now,” tells listeners: “I want to thank all the listeners and fans for embracing me for more than 20 years on the “Tom Joyner Morning Show.” You were a captive audience, and your support and feedback encouraged me to be a better comic and a better social commentator, reflecting the world around us,” said Brown. “I am eternally grateful to Tom Joyner and the morning crew for the years of friendship and laughs, in sickness and in health. I thank you for the opportunity to showcase my talents, and allowing me to have a voice on morning radio.”

The “Tom Joyner Morning Show” reaches more than 100 markets across the country. Brown is not retiring. The show is reportedly going in a new direction.

The one-time tailor-turned-comedian got his career start in an Atlanta club’s gong show contest in 1972. He left the south for the West Coast and landed a job as head staff writer for the “Arsenio Hall Show.” His impressive list of credits includes hosting two consecutive seasons of “Comic View,” performances on Def Jam, “It’s Showtime at the Apollo” and Evening at the Improv. His other writing credits include Tom Joyner TV Show, Steve Harvey’s “Big Time,” “Me and The Boys,” “The Parent ‘Hood.” He film credits include Triple X -State of the Union, Mr. 3000, Drumline and How to Be a Player.