Ivanka Trump and Chelsea Clinton: Malia Obama should be ‘off limits’ to media 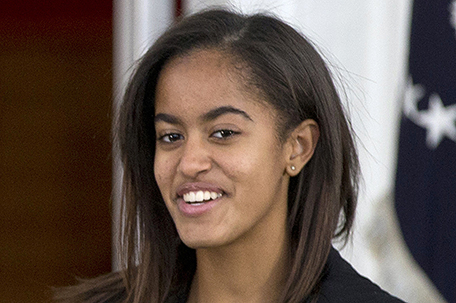 The president’s daughter tweeted: “Malia Obama should be allowed the same privacy as her school aged peers. She is a young adult and private citizen, and should be OFF limits.”

Chelsea Clinton also soon chimed in, writing, “Malia Obama’s private life, as a young woman, a college student, a private citizen, should not be your clickbait. Be better.”

The Clinton daughter also came to the defense of Barron Trump, President Trump’s youngest son, earlier this year, when a Daily Caller post criticized the 11-year-old for his casual attire. First Lady Melania Trump thanked Clinton for her response at the time.

Former President Barack Obama made a point of trying to keep his daughters out of the news cycle. When images of the elder daughter on a spring break trip to Mexico surfaced online in 2013, the White House chastised the press for paying attention to them.

“From the beginning of the administration, the White House has asked news outlets not to report on or photograph the Obama children when they are not with their parents and there is no vital news interest,” Kristina Schake, then the spokeswoman for first lady Michelle Obama, said in a statement at the time. “We have reminded outlets of this request in order to protect the privacy and security of these girls.”

The former first daughter is a first-year student at Harvard University. Malia Obama took a gap year after graduating high school in 2016, in what the Obamas said was an effort to start college without the distraction of her father in the White House.

The informal society of presidential children has historically been protective of its youngest members, without regard for political party.

Clinton calls Trump to congratulate him on victory