It looks like it’s official: Idris Elba will play Roland Deschain in ‘The Dark Tower’ 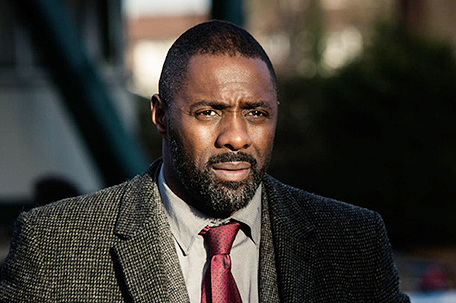 However, Universal later dropped the project over budget concerns, and word on the street was that Warner Bros picked up where Universal left off, with the three headed monster (Howard, Graze, Goldsman) still very much spearheading the thing. At the time, Javier Bardem was said to be the front-runner to play the lead role of gunslinger Roland Deschain in the film franchise.

Skip to 2012, when it was revealed that Goldsman would soon be delivering an amended draft of the script to Warners which addressed the budget issues, and the news was that if the studio OK’d what he delivered, the project would be good to go.

And adding to excitement that the project seemed to be getting closer to becoming a reality was word that Russell Crowe would be replacing Javier Bardem, who had long been attached to play the lead role of gunslinger Deschain – which wasn’t a big surprise, since Crowe, Howard and Grazer had worked together at least twice previously.

However, for the next couple of years, a few other names were rumored to play the lead, like Viggo Mortensen, as the project continued to be uncertain, once again changing hands, moving from Warner Bros to Sony Pictures via Media Rights Capital.

Finally late last year, in an unexpected move, Idris Elba was rumored to be the front-runner to play Deschain in The Dark Tower opposite Matthew McConaughey, who was said to be in talks to play the villain, the Man in Black, with Nikolaj Arcel (A Royal Affair) directing, from a script he rewrote with fellow Danish filmmaker Anders Thomas Jensen, based on the last draft written by Akiva Goldsman and Jeff Pinkner.

As I said at the time, if Elba was to get the role, it would obviously be a coup for the actor. It would be his first true leading man role in a Hollywood studio backed big screen project, in a high profile tent-pole franchise, which could see him locked into a trilogy of films.

It’s obviously noteworthy that Sony and company are open to colorblind casting here. I assume certain racist fanboys and girls will voice their displeasure on social media once word got out Stephen King has confimed it via Twitter last week.

There is one character in the book series that is written as a black character, who also happens to be one of the keys in the sprawling epic work: Susannah Dean/Odetta Holmes/Detta Walker, who will apparently be at the center of the next chapter in the book series, as announced last year.

The “Dark Tower” series, which King himself considers his magnum opus, is a cross-genre work, including elements of science fiction, fantasy, horror and western, with eight novels in the series, published between 1982 and 2012.

Here’s a plot summary: In the story, Roland Deschain is the last living member of a knightly order known as gunslingers and the last of the line of “Arthur Eld”, his world’s analogue of King Arthur. Politically organized along the lines of a feudal society, it shares technological and social characteristics with the American Old West but is also magical. Many of the magical aspects have vanished from Mid-World, but traces remain as do relics from a technologically advanced society. Roland’s quest is to find the Dark Tower, a fabled building said to be the nexus of all universes. Roland’s world is said to have “moved on”, and it appears to be coming apart at the seams. Mighty nations have been torn apart by war, entire cities and regions vanish without a trace and time does not flow in an orderly fashion. Even the sun sometimes rises in the north and sets in the east. As the series opens, Roland’s motives, goals and age are unclear, though later installments shed light on these mysteries. Along his journey to the Dark Tower, Roland meets a great number of both friends and enemies. For most of the way he is accompanied by a group of people who together with him form the Ka-tet of the 19 and 99, consisting of Jake Chambers, Eddie and Susannah Dean, and Oy.

With Elba now officially cast as Deschain, the actress who will play Susannah Dean might become even more intriguing, as in, whether Sony would cast a black woman in the role, or essentially do what they did in casting Elba as Deschain. The character is described as an African American woman from the 1960s dealing with multiple personalities – a calm version of herself named “Odetta,” and a ferocious beast known as “Detta.” She’s also wheelchair-bound. It would be a challenging role, I think.

Suffice it to say that the movie will not be the book, so expect anything at this point.

Stephen King did confirm that he had Angela Bassett in mind as he was writing the character, in a 2010 interview with Entertainment Weekly, stating, when asked for his casting choices of the key roles: “I haven’t got as far as casting in my thoughts, but when I write about Susannah Dean, I always kind of see Angela Bassett in my mind’s eye. Mostly I just want good people in those parts.”

Angela is not young enough to play the part anymore (the character is in the 25 to 35 year-old range); the Susannah Dean character was introduced in the second novel of the seven book series, which was published in 1987, when Angela would have been in her late 20s, which is when King had her in mind as he was writing the novel. So an Angela Bassett type, but who is in her late 20s/early 30s, would probably be what they are looking for. An actress with an obvious mental and physical toughness, who exudes confidence, smarts, with a complimentary sensuality and sexuality – but about 20-25 years younger.

I should also note that, as recently as 2012, it was rumored that Naomie Harris was also said to be in consideration for the female lead.

An Elba/McConaughey match-up is intriguing, especially if the surrounding characters are cast just as strongly.