Isaiah Washington– A Reading from the Book of Isaiah 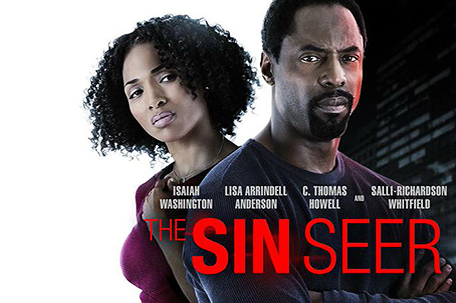 Isaiah Washington was born on August 3, 1963 in Houston. After a stint in the US Air Force, he attended Howard University as a Theater Arts major, then joined the City Kids Repertory, a troupe which performed at schools for at-risk kids.

Washington has appeared in such Spike Lee films as Crooklyn, Clockers, Girl 6 and Get on the Bus. Other movies on his resume include Romeo Must Die, Out of Sight, Bulworth and Love Jones.

His first regular gig on TV was as a regular cast member on Grey’s Anatomy. In his spare time, Washington enjoys building model airplanes, and he also wrote a memoir, “A Man From Another Land: How Finding My Roots Changed My Life.”

Here, he talks about his latest offering, The Sin Seer, a thriller where he plays an ex-con-turned-private eye who solves cases with the help of a clairvoyant [Lisa Arrindell Anderson].

Kam Williams: Hi Isaiah, thanks for the interview. 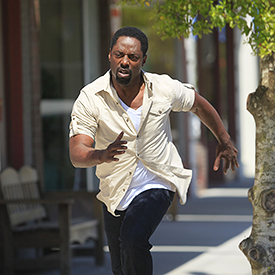 Isaiah Washinton in a scene from The Sin Seer.

IW: I thought that the story was very unique for an African-American woman to star in, and I saw yet another opportunity to be a producer on a movie.

IW: It’s a shocker in the end!

KW: Do you believe that some people have extra sensory powers in real life?

KW: How would you describe your character, Grant Summit?

IW: As mysterious, loyal and a protector.

IW: Being kissed late at night by my mother before she left for her night shift at work.

IW: My grandmother, my grandfather and my mother.

IW: Becoming a junior usher at a black church was my entry into the wonder of worship.

IW: I laugh a lot and laugh loudly! [Laughs]

IW: I was a dishwasher at a Steak and Ale restaurant.

IW: To provide world travel for each and every human being on Earth.

IW: I have no clue on how to answer this question. [LOL]

IW: Another adaptation of The Fountainhead by Ayn Rand

IW: He was passionate and a man of his word.

KW: Thanks again for the time, Isaiah, and best of luck with the film.