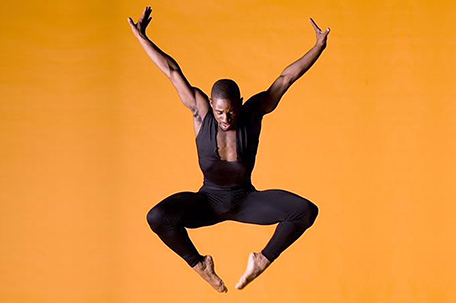 The organization was created out of a necessity to provide training and more opportunities for African-American dancers denied entry from other local dance schools. As the resident modern dance company of the Kimmel Center for the Performing Arts, Philadanco continues to enrich the Philadelphia community,  as well as the dance community abroad. Throughout its long history, it has cultivated the careers of countless dancers that have gone on to do incredible things in the dance world.

This week, Philadanco will be honoring some of its alumni with “Success Stories,”,a collection of performances at The Kimmel Center’s Perelman Theater. Among the superbly talented alumni dancers is Iquail Shaheed. Shaheed spoke with the SUN about what Philadanco means to him and about his contribution to “Success Stories.”

Shaheed was born and raised in West Philadelphia. After discovering his love for movement, he began his training at Philadanco.

It was an environment in which he thrived.

“Philadanco was great, it’s a home atmosphere.” Shaheed said.  “I was speaking to one of the dancers who didn’t grow up at Philadanco and I was lamenting on how it is like a family environment. It is a business of course, a 60-year-old business that’s been kicking internationally all of that time and glory, but when you walk in there as a kid it literally feels like a second home. You call the CEO and artistic director, Aunt Joan, not Ms. Brown. So I appreciated Danco for that atmosphere of it really being a home and not just an organization you went to after school.”

After graduating from high school at 17 and leaving Philadanco, Shaheed went on to train in New York with Ronald K. Brown’s company “Evidence.” While commuting back and forth from Philadelphia to New York while balancing classes at the University of the Arts, Shaheed danced with “Evidence” for six months. Immediately after, he landed a contract with “The Lion King” on Broadway. That opportunity led to countless other opportunities on Broadway, in films and abroad.

Eventually Shaheed was inspired to start something of his own.. 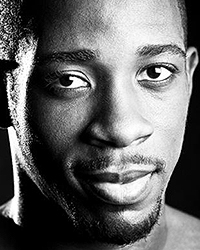 “[My dance company] Dance Iquail was founded in 2007,” Shaheed said. “In my career, I was noticing issues of race, class and gender… but not really finding an outlet to be able to present those stories in a way that I had experienced them growing up in West Philadelphia. I wasn’t seeing narratives about drug abuse, addiction, or the oppression of women, or LBGTQ issues in a direct way on stage. Some of the choreography that I was seeing dealt with it, but they didn’t really talk about the issues. No one‘s work talked about what it was like to be a gay Black man growing up in West Philadelphia with a devout Christian Black grandmother who is the matriarch.”

“Eleven years ago, I started this company to combine social justice and dance,” Shaheed continued. “Every piece of choreography I create with my company is about finding social justice or social inequity.  I create a process by which I talk to the dancers about what the theme is, how it plays in their lives, what sort of source material they can bring to it. Then from that dialogue process we create movement and we structure the piece and present it on stage. Hopefully that gives me a different vantage point for Dance Iquail when I present my work with my company, but also when I present my work with other companies… it has a distinct brand which is using dance to create social change.”

Returning to collaborate with Philadanco is coming full-circle for Shaheed. He will be one of four of the company’s alumni to share his work as a choreographer as part of “Success Stories”.

“This work is one I worked on with my MSA at SUNY Perch in 2011,” he said. “I had always seen stories about women being oppressed and I had seen women being oppressed in my own family… whether it was through marginalization of race lines or sexual inequities in terms of their relationship or lack thereof. So I wanted to create a work that dealt with it. I thought about what company I would want to do that with, and of course since I had such a fond appreciation for the women at the Danco, I always envisioned this work being a work for Philadanco.”

“ It really is a narrative work about the sexual oppression and ultimately the liberation of women… Black women and particularly dark-skinned Black women,” Shaheed continued. “I thought about the film “Black Panther” and how dark skin Black women were being celebrated. Then I thought, where is this happening on the dance stage? It’s not! We’re not seeing the dark skin Black woman be the heroine of triumph over adversity. So Danco is allowing me to cast a lead female dancer who is a dark skin woman so we can comment on how dark skinned women have been left out of that narrative at times. It’s the perfect time and Philadanco is the perfect company.”

He left us with this final thought.

“My experience at Danco was and always will be one of [the] strong women-leading organizations,” Shaheed said. “Joan Myers Brown has led not only Philadanco for 50 years, but The Philadelphia School of Dance Arts for 60 years. Her whole team is women who are accomplished in that field as scholars, as artist, as performers, and business people. While society is used to not being ready for women in leadership positions, there have been women, Black women, who for generations have been leading. So this is also a way for me to celebrate them. This work celebrates the fact that for 60 years, here in West Philadelphia there’s a gem that has always run on the work engine, blood, sweat, tears and genius of women.”

Be sure to keep up with all the wonderful things that Philadanco and Iquail Shaheed are doing by visiting www.philadanco.org and www.danceiquail.org. You can also stay informed by following them on social media @philadanco and @danceiquail.