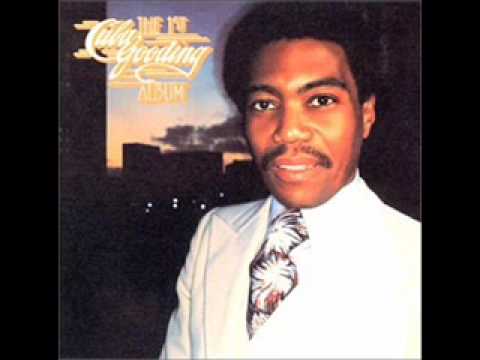 People Magazine–At the time of his death on Thursday, Cuba Gooding Sr. was perhaps best known by younger generations as the father of Academy Award-winner Cuba Gooding Jr. But long before his son became famous, Gooding Sr. was a celebrity in his own right, having overcome the hardships endured by his refugee parents to become the lead singer of a popular funk band.

Born in New York City in 1944, Gooding Sr. was the son of Dudley MacDonald Gooding and his wife, Addie Alston. The elder Gooding, who spoke seven languages, had fled his native Barbados to escape servitude in 1936. He eventually found his way to Cuba, where he became a follower of famed Pan-Africanist leader Marcus Garvey.

He went on to marry a native Cuban woman, who was later murdered because of the couple’s political activity. Before she died, Gooding promised her he would name his first son Cuba after her homeland. Despite the trauma of his wife’s death, Gooding Sr. later told the Post-Gazette of his father, “He spent a lot of time in Cuba, and he loved the country.”

After his first wife’s death, Gooding Sr.’s father moved to Harlem, New York in 1937, where he met and later married Addie Alston Gooding. He died when Gooding Sr. was 11, leaving his only son to grow up without a father.

Gooding Sr. found success at a young age, becoming the lead singer of the soul group The Main Ingredient, who became popular with two hits: “Everybody Plays the Fool” in 1972 and “Just Don’t Want to Be Lonely” in 1974.

He also married young, tying the knot with his wife Shirley when he was just 22. The couple had four children: Cuba Gooding Jr., Omar Gooding, April Gooding and musician Tommy Gooding.

But as Gooding Sr.’s career began to take off, his marriage suffered and he and Shirley separated in 1974. “My wife and I divorced because it was a case of children raising children,” Gooding Sr. told the Post-Gazette. “People in show business should wait until 35 to have kids.”

Between tour dates and recording new music, Gooding Sr. was not always around for his kids. “It was difficult for me to conceive that Shirley could raise three kids on her own,” he later admitted to the paper.

His career took a hit in 1973, when his band recorded the album “Afrodisiac.” Despite having Stevie Wonder onboard as a co-producer, the album flopped after its cover — which showed a naked black woman with an afro — was met with public derision. “We put a nude black woman with an afro on the cover, and our careers were basically destroyed for two years, until 1974,” he told the Post-Gazette.

He enjoyed some solo success in Motown in the late 70’s and early 80’s, before making his biggest international hit with Brian Auger’s “Happiness Is Just Around the Bend” in 1983.

Gooding Sr. and Shirley would go on to reunite 17 years after they separated. The couple remarried in 1994, and Gooding Jr. paid for a honeymoon to their native Barbados.

In his later years, Gooding Sr. tried his hand at acting in a few small roles and even released a new single titled “Politics” in 2007. He was also working on a film project, Everybody Plays the Fool: The Cuba Gooding Story, which aimed to highlight three generations of his family: Dudley Gooding, Cuba Gooding Sr., Cuba Gooding Jr. and Omar Gooding.

Gooding Sr. died one week before his 73rd birthday on Thursday. He was found slumped over in his silver Jaguar, which was parked on a street in Woodland Hills, CA. Autopsy results are pending.

Cuba Gooding, Jr–Show Me The Butler!