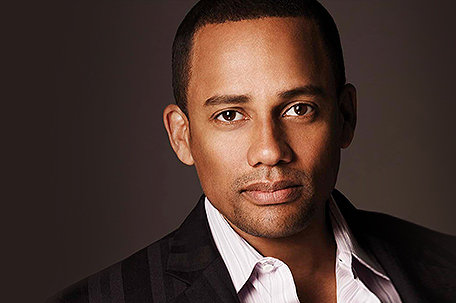 In celebration of their 100th Anniversary, Temple University College of Education is honored to announce that Hill Harper, Esq. will serve as the commencement speaker on Friday, May 10, 2019, 2 p.m. at McGonigle Hall, located at 1800 N. Broad Street.

The College of Education at Temple University, founded in 1919, supports the university as a national center for excellence in both teaching and research, with an international presence and a special commitment to serving the communities of metropolitan Philadelphia.

Harper is best known as an award-winning actor, best-selling author, entrepreneur, health, and wellness ambassador.  Harper currently stars as Dr. Marcus Andrews on TV’s #1 new drama, “The Good Doctor” on ABC.  Hill Harper has earned seven NAACP Image Awards for his writing and acting and is a 4-time New York Times best-selling author for his books, “Letters to a Young Brother” (named “Best Book for Young Adults” by the American Library Association), “Letters to a Young Sister,” “The Conversation,” and  “The Wealth Cure: Putting Money in its Place.” Harper’s most recent book is the groundbreaking “Letters to an Incarcerated Brother,” which speaks to the current mass incarceration crisis.

Harper is a fierce advocate for access to education and a founder of the Manifest Your Destiny Foundation, an organization dedicated to empowering, encouraging, and inspiring underserved youth to succeed through education, mentorship, and grant programs. “We are proud to have Hill Harper as our commencement speaker,” said Grace Greenwich, assistant dean, and senior editor of the Educator Magazine, “His work with underserved youth in urban cities across the country amplifies the promise of the College of Education’s core vision of creating a profound and transformative impact on education in urban cities.  Mr. Harper is an ardent advocate for programs like our Place-Based Initiative, believing education is significant in manifesting one’s destiny.  We are ecstatic to have him join us at this momentous time in the life of the College.”

Harper served on the President’s Cancer Panel, having been appointed by President Obama in 2011. He travels worldwide as a motivational speaker, addressing current affairs and life-awakening topics to a wide array of audiences of youth, educators and business leaders. He is also a successful businessman and entrepreneur. Harper owns The Roasting Plant Coffee Roastery in Detroit, an award-winning hotel in New Orleans, and The Architect & Co., a health and wellness company. In 2004 and 2014, People Magazine named him one of their “Sexiest Men Alive.”

The College of Education, a national center for excellence in both teaching and research is the largest school of education in metro-Philadelphia. The outstanding and dedicated alumni have served as superintendents, principals, school psychologists, counselors, educational researchers locally, nationally and across the globe.

Temple’s richly diverse student population remains one of its greatest strengths. This diversity of people and perspectives enriches the college, influencing all aspects of academic life including its programs, curriculum, collaborations and field placements. From the college’s founding, the college has cultivated a special relationship with the School District of Philadelphia.

For more information about the College of Education and sponsorship opportunities, call (215) 204-0916.