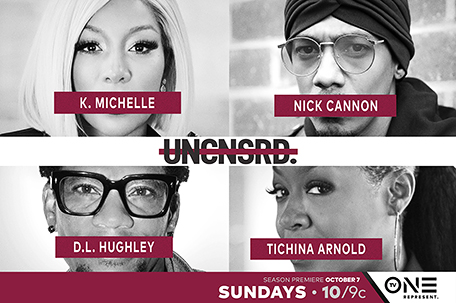 When “The Best Man” hit theaters, it took over the box office with its unforgettable characters, a dream cast and a hot soundtrack.  On Sunday, October 7 at 9/8C, critically-acclaimed biographical series “Unsung Hollywood” sits down with director Malcolm D. Lee, along with members of the cast, to discuss the behind the scenes details of making “The Best Man.” 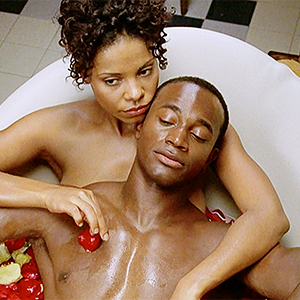 “The Best Man” was the directorial debut of Malcolm D. Lee, younger cousin of famed filmmaker Spike Lee, and became the #1 film opening weekend in October 1999. The film featured an African American ensemble cast with a universal story that could reach mainstream audiences. During a time when many Black films were focused on the reality of street life, the film explored themes of love, relationships, commitment and marriage. With popular actors Taye Diggs, Morris Chestnut, Nia Long, Sanaa Lathan, Terrence Howard and Regina Hall, the movie became one of the most beloved films of its time and helped pave the way for more films featuring African-American lead actors that showcased love and relationships.  Malcolm battled with the studio over creative choices while in production, and despite its universal storyline, it was marketed as a “black film” that ultimately failed to have the mass appeal he sought.

“Unsung Hollywood” is a spin-off born of TV One’s longest-running, six-time NAACP Image Award winning franchise UNSUNG, and profiles some of the most talented, versatile, and influential Black celebrities in Hollywood, from movies and television to comedy, sports, and more. The remainder of new episodes feature unforgettable stories from actor and R&B singer Ray J, comedian/actor Wayne Brady and comedian/TV/radio personality Rickey Smiley.

From warm-up act to entertainment mogul, Nick Cannon has become an undeniable force within the industry. On Sunday, October 7 at 10/9C, a premiere episode of TV One’s hit auto-biographical series “Uncensored” will feature countless insights from the writer, actor, host and entrepreneur.

Raised on two coasts, Nick Cannon grew up balancing the gangs of San Diego with his father’s ministry in North Carolina. He recognized his call to entertainment at an early age and with the help of his grandfather and father, was able to escape the lure of the streets. While in high-school, Nick Cannon landed a gig as the warm up act for Nickelodeon’s “All That” where he would eventually become a writer and the youngest paid writer in Hollywood’s history. Mentored by Will Smith, he learned the ropes of the music industry while carrying crates for Biz Markie and Jazzy Jeff. Nick Cannon also learned the business aspect of music from his own missteps as an artist while launching and running a record label. He eventually expanded his brand with ventures in writing, producing and hosting for some of the biggest platforms in the industry, including his popular “Wild ‘n Out” show on MTV. Today, he works behind the scenes creating opportunities for comedians and entertainers.

“Uncensored” explores the lives of your favorite personalities as they reveal secrets to their success, obstacles they’ve faced, and how they manage this new world of social media that has helped, but sometimes haunted their careers. The premiere episodes give unprecedented access to stars of film, television, music, and pop culture, including R&B singer K. Michelle, actress Tichina Arnold and actor/comedian Lil Rel Howery as they personally reveal their own stories, in their own words.