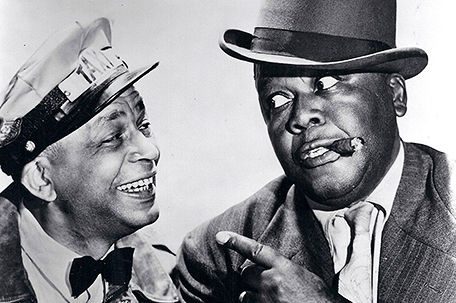 Announced about a week ago, Hulu, the popular streaming service, has shut down its free, ad-supported option for good, as it continues to compete with the likes of Netflix and Amazon – both of them strictly subscription models.

Since the news of the free service shut down, I’ve been digging through Hulu’s offerings for any titles that may be of interest to readers of this blog, that can be shared in the meantime, before the freebies are completely gone… like this one.

CBS eventually took the series off the air in 1953 due to fervent protests from civil rights groups at the time; although it continued in syndicated reruns from 1954 until 1966.

In this 1983 48-minute documentary, titled, “Amos ‘n’ Andy: Anatomy of a Controversy,” viewers are given a history of the franchise, from its radio days, to the CBS series, and features interviews with then-surviving cast members.

It condenses the who, what, where, when, how and why of it all… It certainly could be much more extensive and thorough, but it’s a start – especially if you’re unfamiliar with “Amos ‘n’ Andy.”