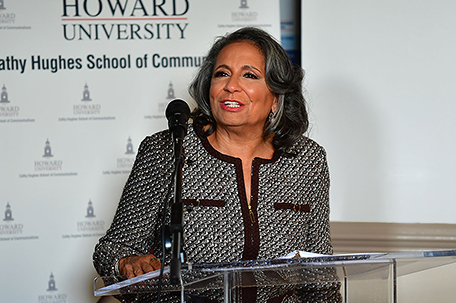 “She took the mute off of Black America,” said Rev. Sharpton. “We were on mute, we couldn’t talk. She made talk radio stations. She preserved our culture; she gave us TV One. We can speak for ourselves, to ourselves, and [that] is an enormous contribution to our people.”

Hughes remarked that she was humbled to be honored by the institution that helped her find her voice as an educator and entrepreneur with a passion for her community.

“My whole goal in life has been to get pertinent information to my community that they can use to uplift and improve the quality of their lives and their lifestyle,” said Hughes. “Becoming the namesake for Howard University’s School of Communications and having my life’s work celebrated – it’s like a dream!” 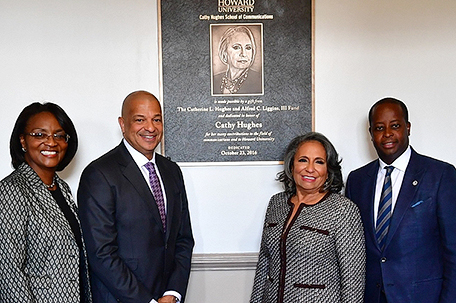 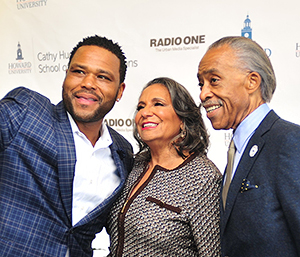 Prior to the celebratory program, Howard University held a private, invitation-only unveiling ceremony of the Cathy Hughes School of Communication with a special appearance by Maryland Lt. Governor Boyd K. Rutherford. The event was also live streamed via Facebook and on all of Radio One, Inc.’s local and national digital media platforms. To view the unveiling ceremony in its entirety, visit Radio One’s Facebook. Photos of the unveiling ceremony and celebratory lunch are also available online and clips and footage can be pulled from http://tinyurl.com/CHSOC2016. (Courtesy Credit: Radio One, Inc./TV One).

Hughes, who started her career in radio at Howard University, is a dynamic, media pioneer who demonstrates the power of one – one woman, one vision, one company – Radio One. As founder and chairperson of Radio One, Inc., the largest African-American owned and operated, broadcast company in the nation, Hughes’ unprecedented career has spawned a multi-media conglomerate that generates original content across the spectrums of radio, television and digital media. Her humble beginnings in Omaha, Nebraska, were not a deterrent to her success but rather part of the catalyst that fueled her ambition to empower African Americans with information and to tell stories from their perspective. Additional biographical and background information is available at www.cathyhughes.com.

Where did Black Radio go?