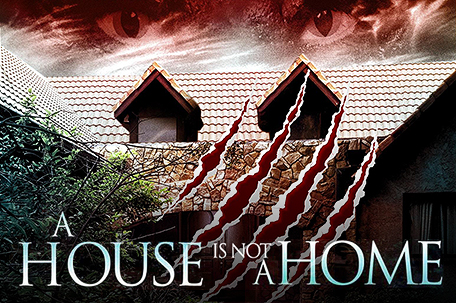 There was an array of flashing lights and smiles as the director and cast of  A House is Not a Home arrived for the movie’s red carpet premiere at The Kimmel Center. This indie horror film tells the story of a family who unknowingly moves into a house with a dark history.  There are more than a few surprises, one of the most significant being that the entire cast is comprised of people of color — a rare occurrence in the horror genre. The cast was eager to share their excitement.

Director Christopher Douglas-Olen Ray is no stranger to the cinematic world. When asked about his experience working on A House is Not a Home, he stated, “Partnering with Gerald Webb and getting Eddie [Steeples]and a bunch of good actors helped make the film grow and made my job easy. We wanted to do a film with diversity. It doesn’t have to be comedy or what everyone is use to seeing. We put together a great group of people and I think it turned out really well.”

Philadelphia local Gerald Webb wore numerous hats as producer and lead actor in the movie. He was ecstatic about returning home to Philadelphia.  “It’s amazing. I’m really humbled that we were able to come back here. I mean, the Kimmel Center is the premiere venue in Philadelphia, and one of the premiere venues on the East Coast! To be able to come have our small independent film shown in one of the best venues on the east coast is absolutely mind blowing.”

There are many responsibilities associated with producing a successful film on a small budget. Balancing those responsibilities, while simultaneously leading a group of talented actors is an experience Webb candidly described as “really hard, especially on the acting side.” He continued with, “People don’t realize how much preparation goes into it. In my mind, film is very unforgiving. You have to be believable every moment, every second… the minute I let down guess what, the audience checks out.” It’s very hard to have the time to prepare… It just took a lot of work, but we have a great team”.

A running anecdote for years regarding horror films is that Black and brown people are always the first to die in them. Webb explained his desire to break the glass ceiling regarding the limited roles available to people of color in the horror genre.

“The whole point was to combat stereotypes. We don’t have to have a person of color die in the first scene and not be seen for the rest of the movie. We don’t have to have it so every time you see African Americans in a horror film, it’s like ghost in the hood or it’s a spoof. I’m fine with a ‘Haunted House’… But it doesn’t have to be the only representation of us in these kinds of films.”

A House is Not a Home is currently playing in limited theaters; check your local listings for show times. Beginning on September 27th, it will also be available for purchase on DVD.