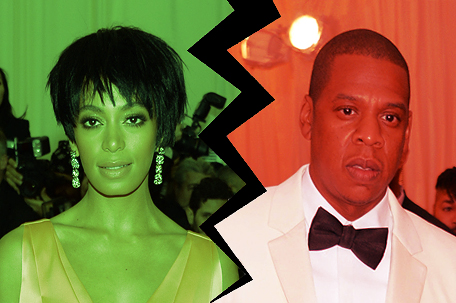 NEW YORK — The Standard Hotel in New York City says it is investigating the leak of a security video that appears to show Beyonce’s sister, Solange, attacking Jay Z.

Asked about the video on Monday by The Associated Press, the hotel issued a statement saying it is “shocked and disappointed that there was a clear breach of our security system.”

TMZ posted the minute-long video Monday and said it was shot last week inside a Standard Hotel elevator. It appears to show Solange attacking Jay Z in Beyonce’s presence. A security guard intervenes. There is no audio.

The hotel says the leaked video violates the confidentiality it provides customers.

“We are investigating with the utmost urgency the circumstances surrounding the situation and, as is our customary practice, will discipline and prosecute the individuals involved to our fullest capacity.”

The footage shows the performers in the outfits they wore to the Met Gala last week.

Solange, 27, recently performed at the Coachella Valley Music and Arts Festival, where Beyonce joined her onstage.