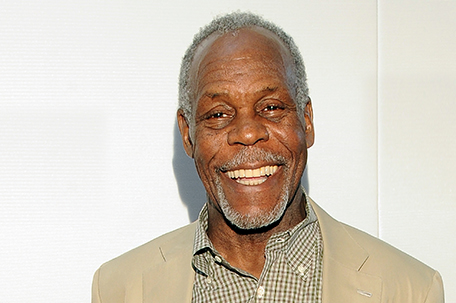 More than 1,000 people joined Hollywood stars including Shailene Woodley, Susan Sarandon and Danny Glover in Philadelphia last night on the eve of the Democratic National Convention and vowed to keep fighting for climate and environmental justice issues, even though their preferred presidential candidate would not be driving the party’s agenda.

Sarandon, who like the other stars in attendance campaigned on behalf of Sen. Bernie Sanders, said the rally’s turnout was proof that theirs was a movement and not a cult of personality as some critics alleged. 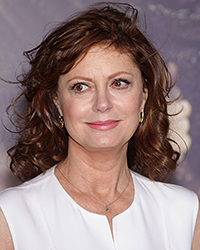 “Our commitment hasn’t ended. This is not just about one election. We want real progressive politics, and we want to say thank you to Bernie for igniting this spark,” she said. “Now we’re awake and we have to stay awake.”

Many in the crowd, which one speaker described as a group of “climate justice activists, fracktivists and climate revolutionaries,” wore Sanders shirts, buttons or lanyards. Some carried signs like, “Bernie would end fracking,” and the now defunct “Bernie for President.”

There was little mention of presumptive Democratic nominee Hillary Clinton with only one speaker making unfavorable comparisons between Sanders and Clinton while proudly noting that “we took over the Democratic party.” Another drew shouts and applause when he bid a happy goodbye to Democratic National Committee Chairwoman Debbie Wasserman Schultz, who has resigned.

There was also little talk of Republican Presidential nominee Donald Trump, although one speaker did refer to him as a fascist.

The event was organized by NextGen Climate, a San Francisco-based environmental advocacy organization. The event included musical acts and a screening of the documentary “How to Let Go of the World and Love All the Things Climate Can’t Change” by writer/director Josh Fox. Fox is best known for “Gasland,” which included memorable images of Pennsylvania homeowners setting tap water aflame.

Woodley urged the crowd to let go of anger and ego that could lead to violence.

“If you show up with love and solidarity to those around you, that sparks great change,” she said.

Glover had a similar message, noting there was a long fight ahead.

“This is a permanent revolution,” he said. “This is not about this election. That’s too small. That’s not enough for us.”