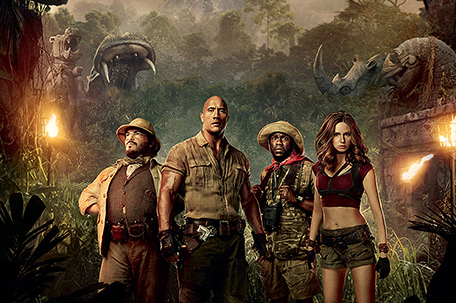 ‘Tis the season! No matter what you celebrate, the holiday season is here. It’s the time of year when people tend to be a little kinder, when people take the time to give back to those in need, and the air of joy and happiness is contagious. With the joy this season brings, we often look to the trifecta: food, family and fun to bring it all together. To aid in the fun category, this holiday season brings with it a new slate of films. Whether you enjoy films for the family, comedy, action and adventure, thrillers or drama, this season has a wide array of options to offer the moviegoer.

“Jumanji”, the film that made us all second guess board games 20 years ago, is back with “Jumanji: Welcome to the Jungle”. Released on December 20th, the film stars Dwayne “The Rock”  Johnson and Kevin Hart. It tells the story of four high schoolers drawn into an old video game’s jungle setting as the avatars they select. The teens are forced to survive or risk being stuck in the game forever. With a PG-13 rating, this is a great option for families with teenagers. View the trailer here:  https://youtu.be/2QKg5SZ_35I.

“Downsizing” set to be released on December 22nd, stars Matt Damon, Kristen Wiig and Niecey Nash. “Downsizing” tells the story of what a combination of overpopulation, and financial desperation can cause people to do. After a breakthrough discovery by a Norwegian scientist, humans are offered a procedure that shrinks them to five inches. With the procedure comes a promise for wealth and a better life. Like all promises that seem too good to be true, this procedure does not come without consequence. View the trailer here: https://youtu.be/UCrBICYM0yM.

“Molly’s Game” is set to be released on Christmas Day and stars Idris Elba. “Molly’s Game”, based on a true story, tells the tale of Olympic-class skier turned exclusive high-stakes poker player Molly Bloom.  With ties to the Russian mob, business tycoons, and Hollywood’s elite, this story is sure to be one to keep the audience engaged from start to finish. View the trailer here:  https://youtu.be/R88EnXv7Swc.

“The Commuter” will be released at the top of the New Year on January 12th. Starring Liam Neeson, Vera Farmiga and Colin McFarlane, “The Commuter” tells the story of Michael (Neeson) who is offered a large sum of money in exchange for uncovering the identity of a hidden passenger on train before the last stop. The stakes are high as Michael quickly realizes he is part of a plan much more diabolical than anything he could’ve imagined. View the trailer here: https://youtu.be/BeR9XKdAgIc. 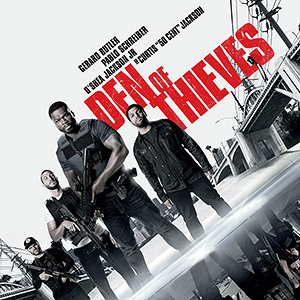 “Den of Thieves” starring 50 Cent, O’Shea Jackson Jr., and Gerard Butler, is set to be released on January 19th. “Den of Thieves”, tells the story of a successful group of thieves as they plan a complex heist of the Los Angeles Federal Reserve Bank. A highly skilled unit from the Los Angeles County Sheriff’s Department is called in to stop them.  View the trailer here: https://youtu.be/FKd_ks0rdAM.

The finale of the “Maze Runner” film series “Maze Runner: The Death Cure”, will be released on January 26th. The film stars Nathalie Emmanuel, Dexter Darden and Giancarlo Esposito. Thomas leads his group of escaped Gladers on a mission to save their friends. The biggest obstacle being, that they have to break into a WCKD- controlled maze called “Last City” in order to do it. Fans of the series are sure to feel the pressure in this final mission, as they wait to see what questions are finally answered and who makes it out alive! View the trailer here:  https://youtu.be/AwwbhhjQ9Xk.

2013 holiday movie preview: So many films, so little time

TV One premieres the original movie ‘Girlfriends’ Getaway’ on Aug. 30