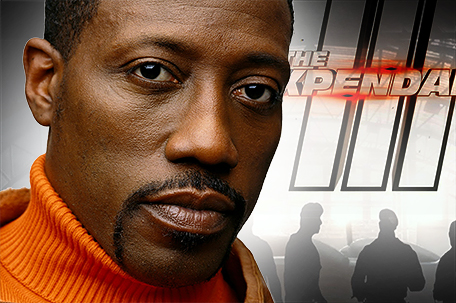 Wesley T. Snipes is a globally celebrated actor, film producer, master in various martial arts, and a loving father and husband. Born in Orlando, Florida on July 31, 1962, Snipes spent his childhood between Orlando, Florida and Bronx, New York while attending the High School of Performing Arts in NYC and graduated from Jones High School in Florida.

While attending the High School for Performing Arts, Snipes started appearing in Off-Broadway productions where he started to fine-tune his craft as a drama and musical theater artist. He later founded with friends a bus-n-truck street troupe called “Struttin Street Stuff” which took him into Central Park, dinner theaters, and regional productions around Florida before his college years at the State University of New York at Purchase.

Snipes’ work onstage and in TV commercials soon caught the attention of Joe Roth who cast him as an Olympic boxing hopeful in Streets of Gold. He was then handpicked by Martin Scorsese and Quincy Jones to play the gang leader in Michael Jackson’s “Bad” music video. And he subsequently joined the cast of Wildcats (1986) as well as Spike Lee’s Mo’ Better Blues (1990) and Jungle Fever (1991).

The unique diversity of Snipes’ charisma, acting ability, and proficiency in the martial arts led to roles alongside some of showbiz’s biggest names – Robert De Niro, Sean Connery, Dennis Hopper and Sylvester Stallone. These roles include Major League (1989), Passenger 57 (1992), Rising Sun (1993), Boiling Point (1993), Demolition Man (1993), Drop Zone (1994), The Fan (1996), Future Sport (1998), and Undisputed (2002), all of which made him a most favored African-American action star not only in Hollywood, but internationally, as well.

Snipes has pleasantly surprised audiences with his versatile dramatic acting skills, evident in his award winning roles in The Water Dance (1992) and as a drag queen in the drama To Wong Foo: Thanks for Everything, Julie Newmar (1995). Other notable dramatic roles include Disappearing Acts (2011), One Night Stand (1997), Murder at 1600 (1997) and US Marshals (1998).

In 1998, although faced with strong opposition and concerns, Snipes recognized the need for an urban action hero. Hence Blade, a lesser known Marvel character, was adapted and released. The Blade Trilogy is still one of the highest grossing adaptations at over $1.5 billion worldwide.

Snipes ranks among the highest paid African American actors with gross earnings worldwide estimated at over $2 billion. He has been married to Korean artist Nikki Park since 2000, and has four children with her and an older son from a previous marriage.

Kam Williams: Hi Wesley, thanks for the interview.

KW: Documentary director Kevin Williams asks: Did you enjoy watching this genre of film growing up?

WS: Oh yeah! All the way back to The Seven Samurai. I’m a big fan of this type of film. And hearing about all the heavyweights they were bringing back only made it even more attractive. It was a blessing, Kam, just to be on the set with some of these iconic actors, to see how they perform, to have a chance to get up close and personal with them, and to crack a joke or two or three or four with them.

KW: Was it ever trouble making any elbow room with so many egos on the set?

WS: Not really. What would make you think that?

WS: [Chuckles] Yeah, but you’re talking about some of the best in the game. They’re all veterans who bring a certain level of sophistication and professionalism to the table. For what it’s worth, this action hero/action star genre is a small clique. There aren’t a lot of guys that do it. And there aren’t many guys who have excelled at it. There’s an appreciation for what it takes to pull it off, and for the durability reflected in being able to survive after all these years.

KW: Director Rel Dowdell says: Wesley, You are one of the few marketable African-American actors who can be effective in any genre, including comedy. Are you aware of any up-and-coming black actor who is as versatile as you have been?

WS: Well, I think they’re out there, but I don’t know whether they’ve been given the opportunity to shine like I have. I hope there are. It’d be great to work with them. But, hey, it’s been a blessing. I was fortunate enough to be trained in the theater. Coming from the theater background, you’re schooled to play diverse roles in preparation for the repertory environment, or the repertory type of lifestyle. So, to me, going back and forth from genre to genre is only keeping true to the way I was trained in the theater. And I’m really an action fan. I’m a movie fan in general, but I’m definitely an action fan, as well. I appreciate all the work and thought it would be cool if it could be one of the tricks that I could bring to the table.

KW:  Tony Noel asks: Wesley, what styles of martial arts have you studied, and how do you feel about Mixed Martial Arts?

WS: I appreciate Mixed Martial Arts, Tony. I’ve been training for a long time. I started training in the Japanese system, when I was 12, in Goju and Shotokan. From there, I was exposed to Grandmaster Moses Powell which is the Aiki-Jujutsu form. And after that, I got into capoeira, and I got ranking in three different systems: Indonesian, African and Japanese. And I’ve done Tae Kwon. So, I’ve done pretty well.

WS: Thank you for asking, Troy. No, that was a very personal project which meant a lot to me because Dr. Clarke was a teacher and mentor of mine. I made the movie because I wanted future generations to learn about him and read his books, too. I’d love to make more films like that.

KW: Attorney Bernadette Beekman asks: What was the toughest stunt you had to do for this movie?

WS: Hanging onto the side of a truck. That was pretty hard. Another that was tough, because of the horrible air quality on the set, was the wild scene we shot inside a big, abandoned building. A lot of us had respiratory issues for a couple of weeks afterwards because of all the stuff flying around.

KW: Children’s book author Irene Smalls says: Wesley, how did you feel about getting to play Blade, one of the first black superheroes?

WS: I don’t remember getting that excited at first, because it hadn’t been done before. So, the reception was all a big surprise.

KW: Thanks again for the time, Wesley, and best of luck with the film.

To see a trailer for The Expendables 3, see: https://www.youtube.com/watch?v=sTte6BQndTQ