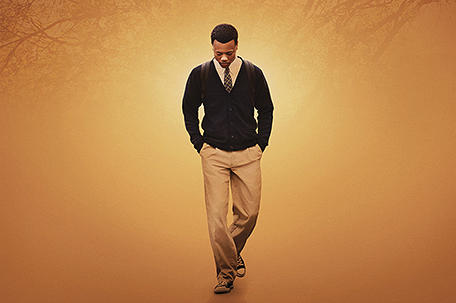 “I am very excited to bring Blackbird to theaters and to UMC,” said Johnson, adding, “Blackbird is in line with my vision for UMC to bring together the African American/urban production and talent community with a distribution channel dedicated to showcasing and supporting their creative works. I have had the pleasure of knowing Mo’Nique since early in her career as a comedian and her appearances on BET, and I know and admire Isaiah’s work as both an actor and a producer. I am certain that audiences will enjoy the inspirational storyline and powerful performances by this extraordinary cast.”

“Bob Johnson is a legend and a trailblazer – so I couldn’t be more thrilled to work with him and his exciting new enterprise on the release of Blackbird,” director Patrik-Ian Polk said. “I’ve dreamed of making this film since first reading Larry Duplechan’s groundbreaking novel 25 years ago as a freshman in college, and I can’t wait to see it in theaters!”

The film will open in a limited theatrical release starting on April 24, in the following cities and theaters:

With past films like The Skinny and Noah’s Arc: Jumping the Broom, writer-director Polk has become known for steamy ensemble dramedies about the lives and romantic woes of black gay men. His latest, Blackbird, while focused on a younger set of characters with tamer sexual history, has Polk’s imprint all over it, painting a vivid picture of the struggle, shame and awkwardness that comes with growing up black and gay in a tiny Mississippi town.

Newcomer Julian Walker stars as Randy, a good-natured choirboy with a gorgeous voice and a host of personal issues – his little sister’s disappearance, the separation of his parents (played by Mo’Nique and Isaiah Washington), his strange and unsettling visions, and his repressed attraction to the same sex. Coming of age against a backdrop of blue skies, creeks, and pickup trucks and surrounded by a pack of misfit friends, he is the only one in his life who doesn’t seem to know (or accept) that he’s gay. As he and his classmates work on a controversial school production of “Romeo & Juliet,” all the problems in his life come to a head.

With Oscar winner Mo’Nique starring in her first role since 2009’s Precious along with Washington – both of whom are also producers of the film – Blackbird could potentially draw a wider audience that’s unfamiliar with Polk and unprepared for his brand of humor and frank discussions on sexuality. But from the provocative opening scene setting up Randy’s conservative Christian beliefs against his closeted sexual fantasies, it’s clear that this is a film about confronting uneasy feelings and bringing tough issues to light.

Ultimately, Blackbird is a well-shot film that does what it was intended to do: entertain, and provoke thought and discussion. With striking visuals and Polk’s trademark smart, candid commentary on sexuality, the movie is sure to spark a lively post-film conversation.

Multiple festival juries and audiences have rewarded Blackbird with ‘Best Feature’ honors: Outflix Memphis, Atlanta’s Out On Film, Reeling in Chicago and the Crossroads Film Festival in Polk’s native Mississippi. Additionally, the film received honors for Best Ensemble Cast, Best Director & Best Actor (Julian Walker) at Atlanta’s Out On Film and the Diversity Award at the Barcelona LGTIB Film Festival.

“It was important to bring this film to theaters and I was honored to produce and work with Mo’Nique, Julian Walker and Kevin Allesse on this film,” said Isaiah Washington. “Duplechan first introduced his novel Blackbird nearly 30 years ago, yet the story remains just as timely today as it was when first told. Blackbird is a glorious film, a personal journey and a story that deserves to be shared.”