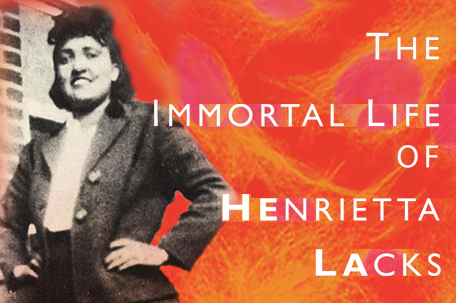 Oprah Winfrey’s Harpo Films will adapt the book “The Immortal Life of Henrietta Lacks” into a feature film for HBO.

The movie, based on the book by  Rebecca Skloot, tells the story of Lacks, a poor, Black, mother of five from Baltimore who died of cervical cancer in 1951 at age 31 and whose cancerous cells, removed and cultured from her body for medical research by doctors at Johns Hopkins without her family’s knowledge, led to significant breakthroughs in medical research, ranging from aiding the development of the cure for polio, to AIDS-related treatments, and much more.

But that doesn’t even begin to really uncover the story of this mostly unknown black woman, her family, and the significant contributions she unknowingly made to science. There’s a lot of meat to chew on here, and I can see why Oprah would be interested in making a film based on Lack’s story, and aftermath.

Harpo Films optioned the book in and our last update on the project was about a year ago. Before that, there hadn’t been much development news since that initial announcement, leading me to wonder during that five-year span, whether the project was dead.

The book, which is a captivating read, was published in February of 2010. When she read the book, Winfrey reportedly loved it so much that she “couldn’t put it down,” and read all 384 pages in one sitting. The adaptation was said to be high on HBO’s priority list at the time, thanks to her encouragement. But it’s taken six years to finally push it into production.

Winfrey will be portraying Lacks’ daughter Deborah in the film, which will chronicle the search to learn about her mother and to understand how the harvesting in Lacks’ cells in 1951 led to unprecedentented medical breakthroughs.

George C. Wolfe will direct from a screenplay that he also wrote, so Winfrey should be in very good hands here.

Henrietta Lacks’ sons  Zakariyya Rahman and David Lacks, Jr. and granddaughter Jeri Lacksare will serve as consultants on the project, which also counts Your Face Goes Here Entertainment and Cine Mosai as producers in addition to Harpo.

There’s no word on when the film will premiere.