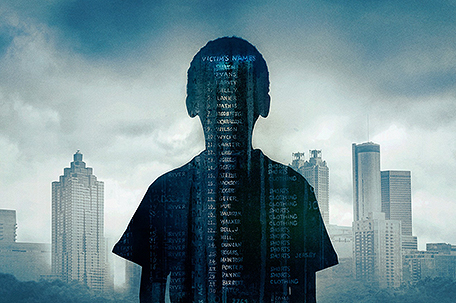 LOS ANGELES — Anthony Terrell believes an imprisoned man currently serving two life sentences may not have been the person who murdered his brother as part of a killing spree that rocked Atlanta four decades ago.

Terrell hopes new light can be shed nationwide on the murders that terrorized the African American community in the city within a two-year time span with the HBO documentary “Atlanta’s Missing and Murdered: The Lost Children.” The five-part series, which begins Sunday, will explore how the victims’ family members and others remain skeptical about Wayne Williams being the sole killer, despite evidence linking him to those murders and 10 others.

“I really want them to find out who did it,” said Terrell, whose 12-year-old brother, Earl, was one of the 29 abducted and killed between 1979 and 1981. “It would be closure to a lot of parents and others who want answers. It’s more than just blaming Wayne Williams. His name was embedded in everybody’s heads. Let us be focused on something else. He was convicted of two adults, but the rest were children. What about them?”

Williams was convicted in 1982 in the deaths of two adults, who were thought to be among 29 Black children and young adults killed by the same person. After Williams’ conviction, police closed the rest of the cases, blaming them on Williams without formally charging him.

The 61-year-old Williams says in the documentary that he never killed anyone. He has appealed his convictions, but they have been denied several times.

Atlanta Mayor Keisha Lance Bottoms and Police Chief Erika Shields are leading a charge to reopen the investigation. The series kicks off with Bottoms’ announcing the city’s effort to re-examine evidence.

Last year, Bottoms said she was hopeful that technological advancements and newly available genetic databases could turn up new information.

Terrell said the reopening of the case is long overdue, but hopes the documentary can show the black community’s plight while enduring the tragedies in their neighborhoods in Atlanta.

“This documentary could enlighten a lot of curious people,” he said. “I want people to know what happened in Atlanta. Why don’t people know? They need to know.”

John Legend is one of those interested in the case. The renowned singer said he didn’t know much about the child murders in Atlanta while growing up in Ohio as a kid.

“I didn’t hear one thing about it,” said Legend, an executive producer of the project with Mike Jackson through their film company Get Lifted, in association with Roc Nation. “I was born in 1978, so I was very young when all this was happening. But it wasn’t a part of our folklore. It wasn’t a part of the things we talked about. … I think there’s a lot of folks around the country that this would be new to them.”

Filmmaker Sam Pollard said the documentary touches on the racial and political tensions between black locals and the Ku Klux Klan along with the Atlanta Police Department. He said the series will point toward other possible suspects, thanks to an anonymous source who had new evidence connecting members of the KKK to the murders.

“We walked into this project thinking Wayne was the killer,” Pollard said. “But as we started to dig into the research, educate people and connect the dots. … there may have been a rush to judgement in this trial. For me personally, I came to the conclusion that Wayne didn’t kill anybody.”

Retired journalist Monica Kaufman, who reported on the murders, said the case was mishandled by officials at a time when Atlanta was on the rise after Maynard Jackson was elected as the city’s first black mayor in 1973. The city has had a Black mayor ever since then, becoming known for its thriving Black business ownership, hip-hop and film scene, and having one of the largest airports in the world.

Kaufman said the rise of Atlanta would have been “sullied” if the cases were solved 40 years ago.

Known as “The City Too Busy To Hate,” in the 1970s Atlanta is on the rise, fueled by excitement over the election of the city’s first black mayor.  Below the surface, however, long-held racial and economic divisions are percolating. When African American children begin disappearing and showing up dead, the city is on the verge of an unprecedented crisis. Outraged that their elected leaders seem more concerned with maintaining Atlanta’s image than with protecting the city’s children, members of the black community, led by Camille Bell, the mother of one of the slain boys, call for swift action.  An explosion at a local daycare center leaves five dead, and their frustration reaches a fever pitch.

By 1980, as distrust in the police and city officials deepens, citizens organize to protect their neighborhoods and take matters into their own hands. When a volunteer search party finds a slain child in an area local police canvassed a day earlier and more and more children continue to disappear, the FBI is called to step in. But even the Feds seem to make little headway, and conspiracy theories of who might be behind the murders take root, from the Klan to a cult to pedophilia. We learn more about Wayne Williams, a local talent scout, who might have been recruiting some of the victims.

With the city’s reputation on the line, and the murder count rising, law enforcement faces immense pressure to make an arrest. On May 22, 1981, an FBI stakeout of the city’s bridges leads investigators to 23-year-old Wayne Williams, who becomes the main suspect in the killings and is promptly arrested in connection to the murders of two men in their 20s. As Williams’ trial gets underway in January 1982, victims’ family members, the press and the public descend on the courthouse to witness the trial of a case that has grabbed headlines across the country.

In a move that stuns Wayne Williams’ defense attorney, Mary Welcome, prosecutors introduce pattern evidence mid-trial that they assert links him to 10 of the child murders. Drawing predominantly on hair and carpet fibers found on the victims that allegedly match items in Williams’ car and home, the jury delivers a swift guilty verdict in February 1982. Just days later, the Atlanta police department shuts down the task force investigating the 30 murders, and attributes most of the cases to Wayne Williams. A year later, as the dissent of an unconvinced community grows louder, the Georgia Supreme Court makes the controversial decision to deny Williams’ plea for a retrial.

In the mid-1980s, Wayne Williams’ appeals attorney Lynn Whatley anonymously receives shocking new evidence connecting members of the Klan to the murders. An undercover informant and several investigators take the stand as a judge evaluates Williams’ plea for a retrial.  Forty years after the murders began, the victims’ family members gather to grieve, discuss Williams’ guilt or innocence, and assert their unwavering commitment to finding out what really happened to their children.