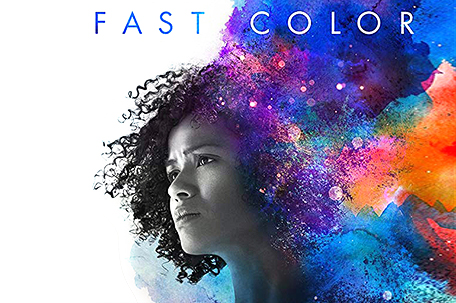 ABOVE PHOTO: Gugu Mbatha-Raw stars as “Ruth” in FAST COLOR.

In recent years, we have seen a surge of content created by women of color starring women of color. The upcoming film, “Fast Color” is one of the newest additions to the list. The film, directed by Julia Hart, stars Gugu Mbatha-Raw as Ruth, Lorraine Toussaint as Bo and Saniyya Sidney as Lila.

“Fast Color” tells the story of three generations of women with supernatural abilities. The story follows Ruth, who goes on the run when her abilities are discovered by people who wish to exploit them. She finds herself back at home with her estranged mother and daughter trying to repair relationships and truly understand the power she possesses. Mbatha-Raw sat down with The SUN to discuss her love for the character, and what she hopes audiences will discover about themselves after the experiencing the film.

Mbatha-Raw wowed audiences with leading roles in “Belle,” “Beyond The Lights” and “Wrinkle in Time.” Her role as Ruth in “Fast Color” is sure to impress audiences as well. She shared her immediate attraction to the script.

“When I first got the script, I actually read it really quickly. I think I read it in about an hour and a half,” said Mbatha-Raw. “I was so drawn into it! I called my agent immediately, and said I really wanted to meet Julia Hart. It was so refreshing and appealing to me. It was all about the intimacy of these family relationships in a stripped down world. I loved the fact that the film was about three generations of women. I loved the idea of exploring those mother-daughter dynamics, and that there was a supernatural element to it that has this empowering message.”

Mbatha-Raw, who has a history of working with powerhouse female directors like Amma Asante, Gina Prince-Bythewood and Ava DuVernay, was thrilled to work with Julia Hart.

“Julia is amazing! I really love her writing,” she said. “I’d seen her previous work on “Miss Stevens”. Just talking to her and reading the script… I knew we were kindred spirits. She made so many references I really appreciated down to “The Miseducation of Lauryn Hill.” I was like, ‘oh my God, I grew up on her! I thought, we have the same taste in music… we’ve got to be soul sisters.’”

In addition to the connection Mbatha-Raw felt with director Julia Hart, she also shared her gratitude for working with her extremely talented co-stars.

“Working with Lorraine and Saniyya was such a glorious experience. I’d never met Lorraine, but I knew her work. I saw her in one of Ava DuVernay‘s first films “Middle of Nowhere” and thought, ‘oh wow, this woman has so much gravitas and this sensual, soulful power about her.’ I got to meet Lorraine in New York before we started shooting. She has a daughter who is an only child like me, so we were able to talk about that mother-daughter/only child dynamic and very special bond.”

“Sinayya is such an accomplished actress for her age!,” she said. “Seeing her in “Fences” and “Hidden Figures” and she’s only 10… I was already a fan of her work. I auditioned with Sinayya, but I didn’t want to work or over-rehearse while shooting. There’s a history with Bo and Ruth, but with Lila and Ruth, they’re just finding their feet. They don’t really know each other. Ruth hasn’t been in her life, so I didn’t want to overdevelop that bond with Sinayya before we were able to discover it on screen.”

Mbatha-Raw embodies the character Ruth with a delicate strength that is endearing to watch. Throughout the film, Ruth struggles to come to terms with the repercussions of her abilities. After years of running and masking her pain with substance abuse and alcohol, she is forced to stand in her truth. Mbatha-Raw spoke about her perspective on the character.

“Ruth has so much mystery… she’s in this very sort of wild state,” she said. “It was so refreshing to me to be out there with grease and sand in my hair and paint splashes on my face, to really feel like this was a character in survival mode. She’s in this fight or flight zone and there’s something very primal about those instincts. There’s also the primal instinct of motherhood. Ruth is like this wild wolf or something that comes back to be domesticated and reconnect with civilization. For so long, Ruth is on the run — but what is she on the run from? We understand on one level she’s on the run from these men in the government — these mysterious people that want to do tests on her abilities. But on a deeper level, I really saw her as being on the run from herself. That was the complexity that I was interested in. Ruth’s strength and fragility… that combination is always interesting to play with.”

One of the biggest themes in “Fast Color” is broken things. That theme is tied to Ruth, Bo and Lila’s special abilities and also to their relationships that are on the mend. Mbatha-Raw spoke about that concept in the film.

“I don’t believe if something is broken, it stays broken,” she said. “I believe that’s what they think, but as the story goes on, we see that we all have the power within us to transform our relationships. We have the power to fix things. You just have to center, ground and face yourself. So often in films, the character goes through all of these challenges and then they go home. That’s the end of the movie — a happily ever after kind of thing. This film takes it a step deeper. Sometimes the hardest thing is to reconnect with your family, to actually be vulnerable with the people that know you best and to try to repair relationships. Sometimes it’s the easy stuff to make your name in the world, to go off and have adventures, and numb yourself with whatever substances. Coming back to the truth of who you are often takes more courage.”

Mbatha-Raw shared her hopes for audiences of the film.

“I really hope that people enjoy the film,” she said. “It’s a unique journey and I hope people find it refreshing. I also hope that people will be inspired and feel empowered. There’s something about this film in remembering that we have this power. There’s so much talk in the film about generations before — with the book and the ancestors of these women who always had powers. I think that we as women have always been powerful, and it’s only society or own self-sabotage that has kept it hidden. I hope people will be inspired to tap into the power that’s already there within them.”

Mbatha-Raw has a lot for fans to look forward to, including a dramedy series called “The Morning Show” with Apple, and the film “Misbehaviour,” which is about the historic 1970’s Miss World Pageant, where the women’s liberation movement stormed the ceremony and the first woman of color, Miss Grenada won. Be sure to follow her journey on social media at @gugumbatharaw.

“Fast Color” is in theaters nationwide. Check your local listings for showtimes — it’s a must see!

Gugu Mbatha-Raw–Gugu Gushes about Working with Will Smith