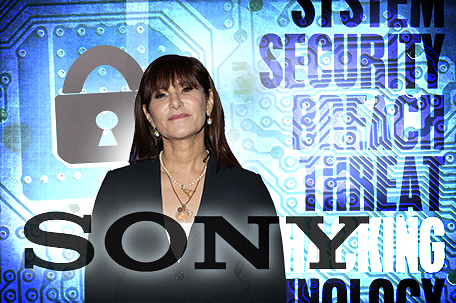 Here is where Shadow and Act and Indiewire would like to give a warning: the following views are held by the author of the piece. They are her views alone.

Someone please stop this insanity train from moving along the tracks. What does the Rev. Al Sharpton have to do with cinema? What?! “We have agreed to having a working group deal with the racial bias and lack of diversity in Hollywood”, said Sharpton.

Let’s look at where we are. At one end of the spectrum, Studio Executive, Amy Pascal, made a (not funny) joke about our first black President (a world leader). And, in doing that, she mocked the limited range of mainstream films by Black Americans. That joke was most revealing. It is symbolic of how, I assume, much of “Hollywood” views black films and black people. It was as if someone parted the waters so that we could see, in print, what many of us have known for years.

It is no wonder that this woman could green light a film where (spoiler alert) the leader of a sovereign nation gets his head blown to bits. Two white men made a comedy about a brown man. They held no respect for him, nor his position. Nor did they consider the state of relations with said leader. They, as white men do, took it upon themselves to make a joke about assassinating a world leader. Not, solely, a joke – it’s carried out at the end of the film. Who thought this was funny? Well, the woman that made a joke about the first black president of the United States.

Did anyone along the food chain say, this is a bad idea? Anyone? If the culture of Hollywood was more diverse, I’m not sure this film would have seen the light of day. Perhaps there would have been a more in-depth view of North Korea; a view that addressed the abuses that the citizens are suffering.

We have an industry where Black filmmakers, in fact filmmakers of color, have an extremely difficult time getting their foot in the door. Hell, it’s even hard getting someone to take them seriously. But, at the same time, we have white boys playing out their dreams and fantasies, consequences be damned, with no concern for Americans and the impact it has on us. Well, they messed with the wrong Brown man. Kim Jong… no need to call his name, appeared to them, like any other person of color. He was beneath them. They, as white men, could do whatever they wanted with his image. They invoked their First Amendment right (spoiler) to blow his head to bits. What they didn’t realize is, North Korea (or whoever is behind the hack), doesn’t care about our First Amendment. They have their own set of rules that govern them. That’s the way the world works. 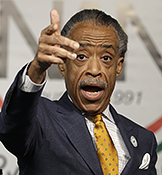 So this is where we are. And, now, because Amy Pascal and most of Hollywood is stuck in 1960 and before, Pascal calls Sharpton and the Rev. Jesse Jackson to stall the anger from “the Black Community” and diversify Hollywood. What the hell does Reverend Al have to do with cinema?! At the very least, Pascal should have been aware that Al & company are not relevant to the protesters in the streets. Al is outdated and passé. Look, if you aren’t aware, let me bring you up to speed. Black Americans are being murdered in the streets of America because:

1. White people refuse to acknowledge and do something about racism. If I hear one more person say, “we need to have a conversation about race”, my head will spin clean off. RACE, in this country, means black. When you use these words, you are simply saying, black people are a problem. We need to discuss the problem of black people. NO, what we need to have is a CONVERSATION ABOUT RACISM.

2. Black leadership has failed us, Sharpton being at the top of that food chain. This man swoops in to get a paycheck to stop the flow of anger from black America. How does he do it?

– He situates himself into the lives of grieving families. Families, that are desperate and have nowhere else to turn. So, because of his media presence, they turn to him. Or, he turns to them. We then have to hear words from the family like, “please, no violence. My (enter name of deceased) would not want violence as an outcome.” It’s the same script ON REPEAT!

– He calls for a huge march that exhausts the anger of the marchers. Nothing gets done. No legislation is passed. Nothing happens. Al Sharpton is a blowhard who lines his pockets by controlling and squashing the anger of black America. He’s done it for years. The difficult thing is, he has a loud mouth. And, that loud mouth drowns out everyone else. At this stage, if you don’t see this, you don’t want to. You’re drinking the kool-aid.

The beauty of the protesters in Ferguson is that they get it. Rev. Al is not leading those young people because they don’t want him. They know what time it is. They know if we are going to move this country forward and stop being slaughtered like cattle, anyone and everything that participates in PERFORMATIVE activism HAS TO GO.

But, because Amy Pascal and, I would guess, many in white America, are not aware of what’s going on in the streets, they believe that Rev. Al is responsible for the large scale protests. No, he’s not.

If Amy Pascal wants to affect real change in Hollywood, there are plenty of people that she can call. Filmmakers of color are some of the most astute folks on the planet. Their concern is, typically, centered on improving the representation of people of color. And, in doing so, moving this country forward. I am astounded that a person at the head of a Hollywood Studio does not have the good sense to call on filmmakers of color in this time. What does the Rev. Al Sharpton have to do with cinema?! He can barely carry a television show.

Look, this hack has everyone in a quandary. Like the Sept. 11 terroristic attacks, people are caught off guard. I am concerned that an already conservative (liberal, cough) Hollywood is going to become more conservative. Who do you think will take the biggest hit as a result? It should dawn on people that the reckless, thoughtless content created by Seth Rogen and company has to end. It is not serving anyone. It is not improving humanity one iota. If America is to stand for something, let it stand for something culturally. Let it be about bridging gaps. Let the stories reflect America’s desire to uplift and reflect the best of humanity. This dumb, frat boy, racist fantasy sh** has to go. It can’t be sustained. If we learn nothing from this moment in history, let us learn that.

George Clooney is speaking out because he knows what the ramifications of this hack could be. Hollywood might double down on projects that challenge and question global ills. I get it. But, Mr. Clooney, understand, from this perspective, filmmakers of color have been suffering this for a long time. We have had to sit, wait, beg for our stories to be heard because Hollywood turned a deaf ear to us. So, join the club. Hollywood is stuck in a time warp. And, unless and until something pushes it forward, we will continue to see black children dying while playing with toy guns. Why?! Because Hollywood refuses to reflect the humanity of Black people and people of color. It’s very simple. If we change the image landscape, we can impact the culture.

Now is the time. Let’s accept this hack as our cue. It is our cue to right the wrongs. It’s time to stop the endless parade of whiteness from Hollywood; a whiteness where white characters get to play a range of characters and people of color only get to act out victimization. Or, play characters who are “race neutral” and offer no substantive value to humanity. The formulas keep repeating and, the people who get entree repeat those formulas. When is this going to end?!

Let’s move cinema to what it can be – diverse, humane, funny, serious, deep, thoughtful. This was our warning shot. Let’s see if Hollywood will step up to the plate. And, instead of blowing the head off of another world leader, let’s blow up the current image landscape. Make it more diverse. And finally, get in step with those of us on the ground who live in the 21st Century.

Sony and the Sociology of Racism