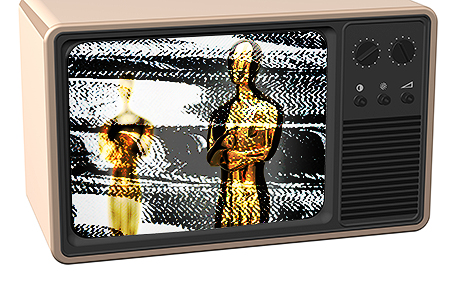 Let’s talk about the only thing that the Academy of Motion Picture Arts and Sciences understands: dollars and cents.

African Americans spend far more money on Hollywood films than any other segment of the film-going public. According to a comprehensive BET research study, African Americans make nearly 200 million trips to the movies yearly. That averages out to more than 13 movie trips for African Americans versus barely 11 for the general movie-going audience. They are more likely to make repeat visits to movies that they like. This adds up to more than $500 million in added spending. They go to the movies more often each month. The average is more than two times per month, or nearly 30 movies  a year. And, contrary to the popular view, they don’t just go see “black themed” films that are heavy with black stars. In fact, more than 80 percent of the movies African Americans go see don’t feature a black cast or storyline.

The same BET study found that Hispanics also toss in a disproportionate amount of their dollars to subsidize Hollywood. They go to movies more often than the general film-going public, and are repeat movie goers to films they like.

So here’s the deal. Despite bankrolling a big part of the film industry, African Americans and Latinos have to sit through year after year watching the Academy nominate no African Americans or Latinos for Academy Awards. Then they must turn around and watch an Oscar ceremony that’s virtually a whites- only show. The two years that were the exceptions to this, 2001 and 2006, when blacks did win and were nominated for major awards, now seem like ancient history.

Now let’s go back to the dollars and cents of the industry. Hollywood’s long-running retort is: A. they can’t find enough of them, B. They don’t appear in big-name, top-quality films, and C. It’s up to the thousands of voting Academy members to make the decision. The first two are fraudulent, self-serving answers. Even when black stars do appear in so-called “quality films,” they are snubbed and this Oscar season is a textbook example of this. Samuel L. Jackson, Will Smith, and Idris Elba are three of the biggest names in the business and they appeared in big budget, quality films. But none received a nomination. It‘s a circular argument to say more blacks can’t be found. How could it be otherwise, when the industry talks diversity, but then practices apartheid when it comes to opening opportunities for talented minority actors and actresses?

As for the third reason for a lily-white Oscars, namely it’s up to Academy members to decide, they just happen to be overwhelmingly white, and male. Despite endless promises to get more blacks, Latinos and women in the voting club, the numbers still remain dismally low. That can be traced to how the Academy voting club was set up to begin with. A prospective member has to be sponsored by two current members of the Academy. Or, they must have been nominated for an Oscar. There’s more. If they can get over that bar, they have to pass muster with the Academy’s Board of Governors who have the final say over who gets in. There’s been absolutely no sign that the Academy will do any kind of overhaul of its stuck-in-stone procedure for getting more minorities and women into the circle.

The Academy was roundly denounced in 2015 for staging a virtually lily-white Oscars show. It made promise after promise to mend its ways and make diversity more than just a word for its 2016 awards. It’s now 2016. And those who will hear their names nominated for an award and the ones who will march up to the podium to receive their awards again this year will look exactly like those who marched up their a year ago. That being the case, it’s past time to tune out the white Oscars. And my guess is many will.

Earl Ofari Hutchinson is an author and political analyst. His latest book is Trump and the GOP: Race Baiting to the White House (Amazon Kindle) He is a frequent MSNBC contributor. He is an associate editor of New America Media. He is a weekly co-host of the Al Sharpton Show on Radio One. He is the host of the weekly Hutchinson Report on KPFK 90.7 FM Los Angeles and the Pacifica Network.