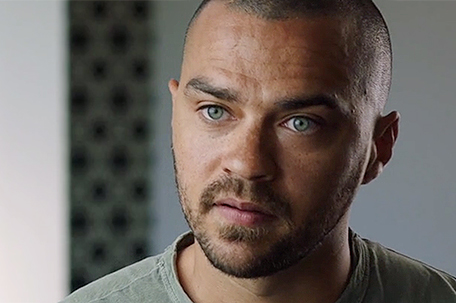 NEW YORK — Actor Jesse Williams says he sees BET’s documentary that premiered Thursday, May 26 on the Black Lives Matter movement as a time capsule capturing the conditions that led to the group’s formation.

Williams, of ABC’s “Grey’s Anatomy,” is an executive producer and is interviewed in the film “Stay Woke: the Black Lives Matter Movement.” It aired Thursday at 9 p.m. EDT.

Starting with a recording of the call to police that led to Trayvon Martin’s death in Florida, the film describes that and the deaths of Eric Garner, Michael Brown and Freddie Gray – cases that led to the formation and growth of the protest movement. It traces the group to a frustrated tweet that first used the hashtag #blacklivesmatter.

“We wanted to give them a voice in telling their own story rather than hearing people talk about them,” Williams said.

Williams, who said he became involved in the documentary directed by Laurens Grant at BET’s request, praised the movement for giving young people angered about deaths of people in police custody “a place to feel like they are part of a community that loves them, that looks like them, that sounds like them, that understands them when they speak and doesn’t condescend to them.”

That chant was used to discuss how some in the media seized upon it to paint the group as radical. Although the film quotes one man who says Black Lives Matter is not about harming police but about making law enforcement accountable, Williams said it was not the place of filmmakers or the movement to be critical of the incendiary chant.

“That’s not a concern of mine at all, what a couple of kids say in frustration,” he said. Black Lives Matter shouldn’t let its critics drive the conversation, he said.

Williams said he wasn’t familiar with President Barack Obama’s commencement address to black students at Howard University earlier this month, where he said change requires more than righteous anger. While the president encouraged activism, he advised young people to work within the system and was critical of instances where protesters disrupted political rallies. The protesters were critical of Hillary Clinton’s remarks in 1996 about her husband’s crime bill.

Williams said he didn’t believe that Black Lives Matter activists need to take a role in changing the conditions about which they’re protesting.

“It’s unfair for the ones who sound the alarm to be burdened with the responsibility for coming up with a complete solution,” the actor said.

Go to BET.com for rebroadcast times.