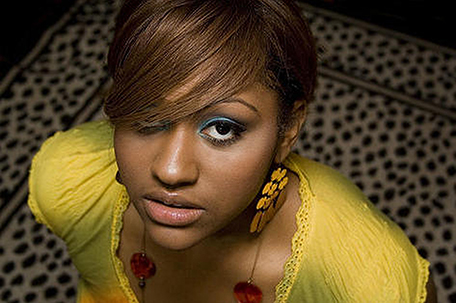 The City of Philadelphia announced this week that Grammy-nominated R&B artist Jazmine Sullivan will headline the City’s 2015 Tree Lighting Celebration at City Hall. The Philadelphia native will join a number of local acts for the ceremony inside the City Hall Courtyard on Thursday, December 3. The event is free and open to the public. Pre-programming and light entertainment will begin at 6 p.m. and the official ceremony will start at 7 p.m., with the lighting of the tree at 8 p.m.

“The tree lighting at City Hall is a Philadelphia tradition which kicks off the holiday season each year,” said Mayor Michael A. Nutter. “This year it will be particularly memorable for me since the ceremony will be one of my last major events as Mayor of Philadelphia. I am excited to have R&B star and Philly native Jazmine Sullivan join us for what is sure to be an electrifying evening. She is a great representation of Philadelphia’s rich cultural scene, and I am proud to have Jazmine serve as the headliner of this ceremony as I close out my time as Mayor of this great city.”

The City of Philadelphia’s Holiday Tree Lighting Celebration, which is produced by the Office of the City Representative, will feature a stellar lineup of other local artists from the entertainment fields of music, dance and theater to ring in the winter holidays – Philadelphia style. Bobby Hill, who rose to fame following a stirring performance for Pope Francis during the World Meeting of Families, will be one of those acts. South Philly native, Carol Riddick has been featured on tracks with Jill Scott, Musiq Soulchild and more. She will be joined on stage by the Philadelphia Boys Choir. Other scheduled performers include: Arielle Baril from Season 10 of “America’s Got Talent,” Philadelphia Dance Academy, actors from the Walnut Street Theater, the Parks & Rec Youth Choir, and many more. The event will also feature a number of free giveaways, including hot chocolate from the City’s First Alarmers. City Representative and Mayor Nutter’s Director of Communications and Strategy, Desiree Peterkin-Bell, will serve as emcee for the Holiday Tree Lighting Celebration.

“For the second year in a row, the City of Philadelphia’s Holiday Tree Lighting will be broadcast live on 6abc WPVI-TV. The City always aims to create an unforgettable experience for everyone who comes to the Holiday Tree Lighting Celebration, and to showcase the City of Philadelphia,” said City Representative Desiree Peterkin-Bell. “I believe that this year’s mix of talent, which includes everyone from a Grammy-nominated star to children from our City’s own recreation centers, will deliver amazing performances and make this a night to remember. Under Mayor Nutter’s Administration, we have truly defined the paradigm for big events, and this ceremony will be another example of that.”

In recent years, the official City tree lighting ceremony was held in LOVE Park due to the construction of Dilworth Park. This will be the second year the lighting will take place inside the Courtyard since returning to City Hall.