‘Goodfellas’ co-stars, many others pay tribute to Ray Liotta 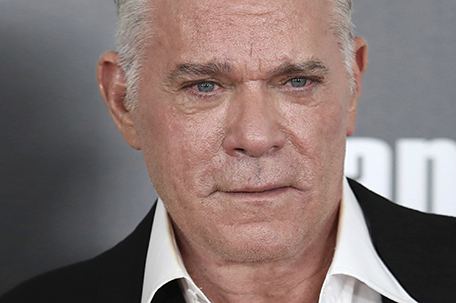 ABOVE PHOTO: Actor Ray Liotta attends the Tribeca Fall Preview premiere of “The Many Saints of Newark” on Sept. 22, 2021, in New York. Liotta, the actor best known for playing mobster Henry Hill in “Goodfellas” and baseball player Shoeless Joe Jackson in “Field of Dreams,” has died. He was 67. A representative for Liotta told The Hollywood Reporter and NBC News that he died in his sleep Wednesday night in the Dominican Republic, where he was filming a new movie. (Photo by Greg Allen/Invision/AP, File)

Reactions to the death of “Goodfellas” star Ray Liotta:

“I’m absolutely shocked and devastated by the sudden, unexpected death of Ray Liotta. He was so uniquely gifted, so adventurous, so courageous as an actor. Playing Henry Hill in Good Fellas was a tall order, because the character had so many different facets, so many complicated layers, and Ray was in almost every scene of a long, tough shoot. He absolutely amazed me, and I’ll always be proud of the work we did together on that picture.” —Director Martin Scorsese in a statement.

“I am utterly shattered to hear this terrible news about my Ray. I can be anywhere in the world & people will come up & tell me their favorite movie is Goodfellas. Then they always ask what was the best part of making that movie. My response has always been the same…Ray Liotta.” — Lorraine Bracco, who played Liotta’s wife in “Goodfellas,” via Twitter.

“I was very saddened to learn of Ray’s passing. He is way too way young to have left us.” — Robert De Niro, in a statement.

“Devastated to hear the news of Ray Liotta’s passing. While he leaves an incredible legacy, he’ll always be ‘Shoeless Joe Jackson’ in my heart. What happened that moment in the film was real. God gave us that stunt. Now God has Ray.” — Kevin Costner on Twitter. He included a clip from the film of Liotta hitting a home run off him.

“I can’t believe Ray Liotta has passed away. He was such a lovely, talented, and hilarious person. Working with him was one of the great joys of my career and we made some of my favorite scenes I ever got to be in. A true legend of immense skill and grace.” — Seth Rogen, who worked with Liotta in 2009’s “Observe and Report,” via Twitter.

“Ray Liotta has died. What a gentle human. His work as an actor showed his complexity as a human. A beautiful artist. We made the lovely film, Dominic, and Eugene in 1986. Sad news.” — Jamie Lee Curtis on Instagram.

“I feel so lucky to have squared off against this legend in one of his final roles. The scenes we did together were among the all-time highlights of my acting career. He was dangerous, unpredictable, hilarious, and generous with his praise for other actors. Too soon.” — Actor Alessandro Nivola, star of “The Many Saints of Newark,” one of Liotta’s final films.

“This is a massive, unexpected shock. I have been an admirer of Ray’s work since I saw him in ‘Something Wild,’ a movie he wrenched by the tail. I was so glad he worked on ‘The Many Saints of Newark’… Ray was also a very warm and humorous person. A really superior actor. We all felt we lucked out having him on that movie.” — “Many Saints of Newark” director and “Sopranos” creator David Chase, in a statement.

“Ray Liotta. Man. Just met dude for the first-time last year. GREAT actor. Nice to have had a chance to say that to him.” —Actor Jeffrey Wright, via Twitter.

Review: ‘The Sopranos’ prequel is made for the TV fans