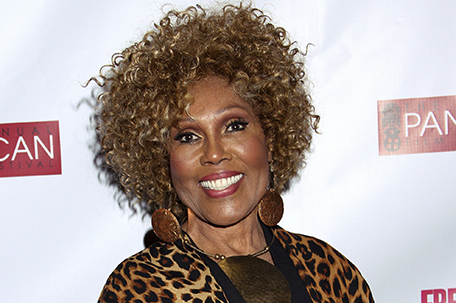 LOS ANGELES — Ja’Net DuBois, who played the vivacious neighbor Willona Woods on “Good Times” and composed and sang the theme song for “The Jeffersons,” has died. DuBois’ song “Movin’ on Up” provided a joyous intro to “The Jeffersons” during the show’s 10-season run. BernNadette Stanis, who played Thelma Evans Anderson on “Good Times” and remained close to DuBois, said she learned of her death Tuesday from the actress’ daughter. “She used to keep us laughing all the time,” Stanis said, warmly recalling her friend. “She was very, very talented. If she wasn’t singing, she was creating a character to make us laugh.” Police in Glendale, California, said they received a report about DuBois’ death late Monday. She appeared to have died of natural causes and no investigation is ongoing, police Sgt. Dan Stubbs said. No additional details, including her age, were immediately available. Stanis said DuBois appeared to be in good health when they appeared two weeks ago at a signing event. Her birth date was something she kept to herself, Stanis said. “Nobody really knows,” said Stanis, who recalled telling DuBois, “’Oh, you’re so lucky. Nobody knows your age, girl!’”

DuBois had a prolific career beyond the 1970s hit “Good Times,” winning two Emmy Awards for her voice work on the WB series “The PJs.” DuBois’ Willona was the single, sexy neighbor and best friend to star Esther Rolle’s Florida Evans.  Her film credits included 1970’s “Diary of a Mad Housewife,” “I’m Gonna Git You Sucka” and “Charlie’s Angels: Full Throttle.” She was credited in numerous other films as varied as “Basic Instinct,” “Next Friday” and “Tropic Thunder,” which included “Movin’ on Up.

Gloria Naylor, who wrote ‘The Women of Brewster Place,’ dies at age 66