Give Us A Minute 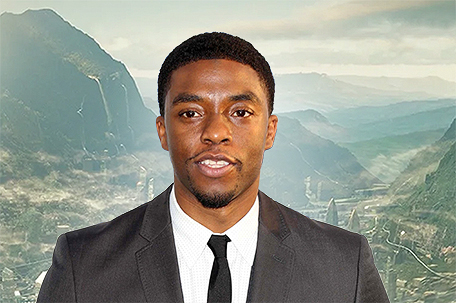 While I understand that the death of Chadwick Boseman means that we’re going to get a new “Black Panther”, it’s a discussion we don’t need to have right now.

Since 2020 has been what can graciously be called a dumpster fire, we find ourselves using the term “read the room” a lot, especially on social media.

From people replaying the 2016 elections and the endorsement that the late Rep. John Lewis didn’t give Bernie Sanders, to the wayward Twitter feed of former Republican Presidential candidate Herman Cain, the ability to read the room has often been in short supply this year.

On Saturday morning, the day after we all got the news that Chadwick Boseman, the actor who brought the role of T’Challa to life in the movie “Black Panther’ had died of cancer, I saw another example of the inability to read the room in a story on a comic book website I sometimes frequent.

The headline: “Who will be the next ‘Black Panther’?”

To say that the folks that put that story out got roasted would be an understatement. It’s been a while since I’ve seen the word “trash” used in that many sentences. Folks were not amused.

That’s because for many of us, it was too soon.

Now, I get it. As an unapologetic comic book geek whose idea of a vacation is hanging out in Hall H at San Diego Comic-Con, I had already set up my calendar with all of the dates for the upcoming Marvel Cinematic Universe slate, including the 2022 release of “Black Panther 2.” Granted, the coronavirus screwed everything up, but I was still excited.

I also get the economic impact. “Black Panther,” “Captain Marvel” and “Wonder Woman” defied the conventional wisdom that has always been thrown at us when it comes to casting women or people of color in roles that put them front and center. If what happened when news of Boseman’s death hit the streets last Friday night was any indication, “Panther” is still making money…and will probably continue to do so as folks buy subscriptions to Disney+ and rent the film via Amazon Prime and other services.

But for a lot of us, and I do mean a whole lot of us, who becomes the next Black Panther isn’t a discussion we’re ready to have yet.

That’s because “Black Panther” was more than just a night at the movies for us. It was an experience. And Chadwick Boseman was at the center of that experience.

There had been a lot of buzz about a Black Panther movie had started in the early 90s, but the furthest it had gotten was a cartoon produced by Marvel Knights Animation and filmmaker Reginald Hudlin that was broadcast on ABC3 television in Australia. American audiences got to see it on BET in 2011 and you can still find it on YouTube if you know where to look.

In 2005, Marvel Studios announced that the Black Panther would be part of Phase III of the Marvel Cinematic Universe and after the character made his debut in 2014’s “Captain America: Civil War”, everyone was looking forward to the first Marvel movie that was unapologetically Black.

And people conducted themselves accordingly.

I covered the opening night screenings of “Black Panther” at the Riverview Theater on Delaware Avenue back in February 2018. While superhero films invite a certain amount of cosplay, meaning that folks dress up as various characters, (I bumped into a dude dressed as Captain America in the lobby on my way into the theater to interview folks) the cosplay for “Panther” was different.

It was less cosplay and more of the kind of thing I’d see at Black History Month celebration. The outfits rivaled Ruth Carter’s Oscar-winning costumes in terms of the colors, the patterns, and ethnic pride.

I even interviewed a couple who admitted that they had ordered their outfits from the Motherland for the occasion.

And that was just opening night. Sold out shows were the norm once the movie opened. Many of us saw it more than once. I know I did.

That was an example of the emotional investment Black people had in “Black Panther.” We wanted it to do well so that, maybe, folks would think it was okay for there to be movies that showed Black people in all their nuance.

Like I said, I understand that the movie business is just that, a business. And when the movie in question is the sequel to a movie that made more than a billion dollars at the box office internationally, the business aspect tends to loom large.

But as he said in an interview played during a tribute that ABC showed as part of its showing of “Black Panther” last Sunday night, Marvel Studios head Kevin Feige said that the only person they saw as the titular character was Chadwick Boseman.

I say we let Feige and company take as much time as they need to figure out what “Black Panther 2” is going to look like.