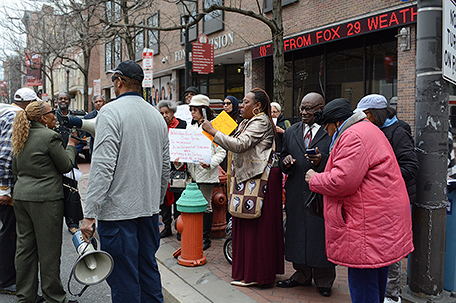 NEW YORK–The founder of Fox News Channel was forced out in a sexual harassment scandal last summer. The network’s No. 1 star, Bill O’Reilly, has been accused of crude and vindictive behavior toward women. Lawsuits depict a frat-house environment at the company’s New York headquarters.

And yet, by the most important yardstick for television executives, Fox is thriving as never before.

The network just finished the first three months of the year with the biggest quarterly audience a cable news network has ever had. It’s watched more than any other cable network, including the entertainment ones, and O’Reilly leads the way. Fox is the home for fans of President Donald Trump and Trump himself, who frequently tweets about its shows and reporting.

To some, that’s a disconnect that, so far, recalls Trump’s election as president weeks after an “Access Hollywood” tape revealed his vulgar remarks about women.

There’s been a drumbeat of embarrassing Fox News stories in just the past few days. A growing advertiser boycott is threatening O’Reilly as never before. The New York Times revealed over the weekend that O’Reilly and Fox News’ parent company, 21st Century Fox, paid settlements totaling $13 million to five women to keep quiet about supposed mistreatment by O’Reilly. A Fox contributor, Julie Roginsky, said in a lawsuit that her career stalled after she rebuffed former chief executive Roger Ailes’ advances. A third Black woman came forward to claim racial abuse by a since-fired executive. 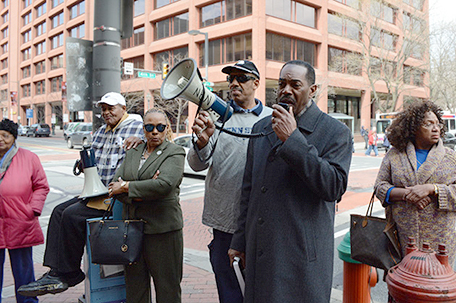 Rodney Muhammad speaks outside of the Fox Television Studio in Center City during a protest of the station last week. (Photo: K-Len Anderson)

But many of the stories are background noise to Fox viewers suspicious of bias by the “mainstream media,” said Brent Bozell, president of the conservative media watchdog Media Research Center. Many question the truth of the stories or see them as payback for Fox’s success, he said.

Offscreen personnel issues won’t matter to Fox fans who think there are no television alternatives for people who believe as they do, said William Jacobson, a conservative blogger and law professor at Cornell University.

“They’re not going to stop watching Hannity because of Roger Ailes,” Bozell said. “I don’t think they connect the two of them at all.”

CNN and MSNBC are also benefiting from the interest in politics, and so Fox hasn’t been alone in its success.

But last summer’s forced departure of Ailes, who has vigorously denied the charges against him, was a step into the unknown for Fox. Since he was the autocratic leader who invented its shows and set the tone, many wondered if Fox would change direction or lose focus without him and with Rupert Murdoch handing the reins over to his less conservative sons.

Fox has skillfully played to the anger much of its audience has toward Barack Obama and Hillary Clinton, even though Trump and the Republicans now control the government, he said. That focus was on display Tuesday, as Fox did frequent stories about whether a top Obama adviser had spied on Trump associates for political purposes, along with stories pointing out that other news organizations had done relatively little on the story.

During his time at Fox, O’Reilly has swatted away controversies that would take out many others in the business. One of the settlements involved former Fox producer Andrea Mackis, whose 2004 allegations that O’Reilly had called her to describe his sexual fantasies was widely reported at the time. He fought back in 2015 against stories that questioned the accuracy of his reporting before he joined Fox News.

Fox moved swiftly against others faced with accusations of wrongdoing, including Ailes. A Fox executive recently was fired for trying to force a woman to perform oral sex. In February, Fox’s former controller was fired when blacks accused her of racial hostility. The network hasn’t addressed whether O’Reilly has faced any discipline; the prime-time host has said he is a target for lawsuits because of his prominence.

His program, “The O’Reilly Factor,” generated $178 million in advertising revenue for Fox News in 2015, Kantar Media reported. No other cable news show does as well.

“They’ve got somebody who has a license to print money and they’re going to do everything they can to keep him on the air,” said Richard Levick, a Washington-based crisis communications expert. The Wall Street Journal, Fox’s corporate sister, reported this weekend that O’Reilly’s contract had been renewed.

Yet O’Reilly is facing real heat this time. He has hired his own crisis communications expert. National Organization for Women President Terry O’Neill on Tuesday called for O’Reilly to be fired and an independent investigation launched into sexual harassment at Fox. At least five advertisers, skittish about the harassment reports, have said they don’t want their products sold on his show, at least for the time being.

That represents O’Reilly’s greatest vulnerability, Klein said. Another popular former Fox host, Glenn Beck, eventually lost his job because many advertisers didn’t want to have anything to do with his show despite its large audience.

“At some point, even the most popular TV personalities are expendable,” said Cornell’s Jacobson.