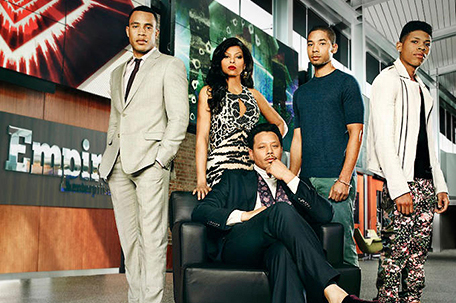 FOX has announced a winter premiere date for it new drama “Empire.”

Howard plays Lucious Lyon, a charismatic, but tough chief of a record label titled Empire Entertainment, which is on the verge of an IPO.

Meanwhile, Henson is Cookie Lyon, Lucious’ ex-wife, who’s described as a “total badass” with a prison record (she served 17 years for dealing drugs, and used the money to help finance Lucious’ growing music empire, when it was still in its early days). She’s now out of prison, and has come for what’s hers!

Jussie Smollett plays their son, Jamal, a fledgling rapper himself, who is also gay – something that Lucious, the father, has a problem with.

Macy Gray will appear as Tasha, a woman having an affair with Bryshere Y. Gray’s character, Hakeem Lyon, Lucious’ other son, the youngest, and Lucious’ favorite, and the frontrunner to take over his father’s empire.

Trai Byers will play Andre, Lucious’ oldest son, described as tall and brilliant, but with a dark side, and Grace Gealey will play Anika, the head of A&R for Empire Entertainment, and Lucious’ current girlfriend.

Malik Yoba will play Lucious’ longtime friend from the streets and business associate, who is now Empire Entertainment’s chairman of the board.

Let all the family drama ensue!