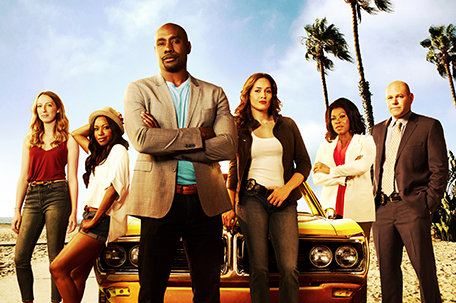 Fox has announced premiere dates for new and returning series for the second half of the TV season, which kicks off after the Christmas and New Year holidays in January.

Key new announcements we just learned about today include the return of a Nicole Beharie-free “Sleepy Hollow” on January 6, at 9pm. But even more noteworthy is that “Rosewood” the medical/police procedural starring Morris Chestnut as the title character, is being moved once again; this time, starting on January 6, the second half of the season for the series will air on Friday nights at 8PM, and will act as a lead-in to the return of “Sleepy Hollow” at 9PM.

Taking its current Thursday at 8PM slot will be a new season of the reality competition series, “Masterchef Junior.”

“Rosewood,” now in its second season, initially aired on Wednesday nights at 8PM, as a lead-in to “Empire,” which certainly helped the freshman series last TV season. For Season Two, it was moved to Thursday nights at 8PM, replaced by the new “Lethal Weapon” series. This move that didn’t help the Morris Chestnut drama, but doesn’t seem to have hurt it either. The series premiered in the fall of 2015 with over 7 million viewers, and by the end of season 1, its viewership had been cut in half to 3.5 million. This season, it’s settled into that 3.5 million viewers range. A move to Fridays at 8PM likely won’t help; in fact, as Friday nights are typically where networks send programming to die, one can only assume that Fox doesn’t have high hopes for “Rosewood’s” future. Although “Sleepy Hollow” was moved around a couple of times after its successful first season, eventually ending up on Friday nights, and it’s still very much around. The network hasn’t canceled it, despite a mass exodus of fans who became frustrated with the series’ handling of certain characters (former star Nicole Beharie to start).

But it’s often not a good sign when shows are moved around this much, especially in such a short period of time, and early into their runs. “Rosewood” is only halfway into its second season, and the upcoming shift to Fridays will be its 3rd different time slot since it premiered last fall. Fox may not know what to do with the series, as the network is maybe trying to figure out where it’ll best fit in its lineup. The moving around may confuse fans, who might not go looking for the show when they tune in at its expected time slot, only to learn that it’s no longer airing during that period.

I actually watch “Rosewood” from time to time. It’s not what I’d call must-see TV for me; it’s one of those *undemanding* series I can watch on Hulu the day after the episode airs, while I work. I’m entertained. Also, super-fit and physical co-star Jaina Lee Ortiz is certainly a draw, I must say.