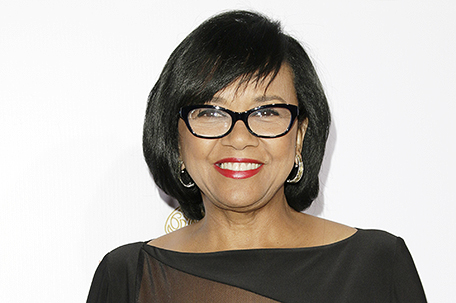 BEVERLY HILLS, Calif. — Common dropped a verse from his song “The Day Women Took Over’’ in her honor. Quincy Jones called her “my beloved baby sister from another mister.’’ And Halle Berry said her pioneering success made her proud to be a Black woman.

The organization founded to honor and support Black men presented its inaugural Legacy Award to a woman, lauding Boone Isaacs’ decades of leadership and history of opening doors for people of color.

“Her impact on this business will be felt for many years to come,’’ Jones said.

Common shared how he met Boone Isaacs in 2015, the first year of the all-white slate of acting nominees that inspired the “Oscars so white’’ online protest and criticism of the academy’s diversity. He and John Legend were campaigning for their song “Glory’’ from the film “Selma’’, which would go on to win the Academy Award, when they got to see Boone Isaacs at work.

“I saw what Cheryl was trying to do, and that was move things forward,’’ Common said. “I saw a real mission and a real plan… And thank you for doing that, because I always felt like the more our children get to see Black people in these positions, in leadership or in films, then they’ll know that they can be like (“Black Panther’’ costume designer) Ruth Carter or (Oscar-nominated screenwriter) Dee Rees.’’

Common dedicated a verse from his 2015 song “The Day Women Took Over’’ to Boone Isaacs, rapping acapella in “salute to your leadership.’’

She was termed out as academy president last year.

Berry, who was the first Black woman to win the Best Actress Oscar, noted that Boone Isaacs had scored two such firsts: She was the first bBlack woman to run a major studio publicity department and the first African-American to serve as president of the Academy of Motion Picture Arts and Sciences. 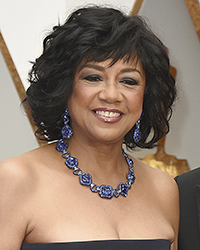 Cheryl Boone Isaacs arrives at the Oscars on Sunday, Feb. 26, 2017, at the Dolby Theatre in Los Angeles.
(Photo by Jordan Strauss/Invision/AP, File)

“I’m so proud to be a Black woman when Black women like you are leading organizations like the academy,’’ Berry said. “All the work you did while you were there has changed the way the academy runs.’’

As Boone Isaacs accepted her award, she implored guests to recognize and employ the power of community.

“We have power, and our power is in our connectedness, our community,’’ she said. “We all must work together and combine our talents and show all of Hollywood and show America and the world that we have arrived. We are here. Things are changing and we are going to march on.’’