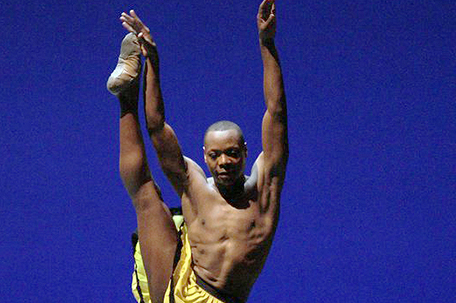 NEW YORK — Albert Evans, a former New York City Ballet principal dancer and one of the most prominent African-Americans in classical dance, has died following a short illness.

Evans, who was 46, died at New York’s Mount Sinai Hospital on Monday night, said Rob Daniels, a spokesman for the ballet company. He did not have details on the nature of the illness.

Evans was one of only two African-American principal dancers in New York City Ballet’s 67-year history. The first was Arthur Mitchell, who is now 81.

As a principal, Evans danced a huge variety of roles in the City Ballet repertoire, from classic to modern, from George Balanchine to Jerome Robbins to Christopher Wheeldon. He joined the company in 1988 and quickly rose through the ranks, becoming a soloist in 1991 and a principal in 1995. Evans retired during the spring 2010 season with an emotional farewell performance, and had been serving since then as a ballet master at the company.

Evans was born in Atlanta, Georgia, and trained there as a youngster. In 1986, he was awarded a full scholarship to the School of American Ballet, NYCB’s official school.

His more prominent roles in Balanchine ballets included the Cavalier in “The Nutcracker” and Puck in “A Midsummer Night’s Dream,” among many others. He had featured roles in Wheeldon’s “Polyphonia” and “Liturgy.” And he originated roles in a number of works by NYCB chief Peter Martins, including his 1991 “Sleeping Beauty,” in which Evans danced Puss in Boots, and “Romeo + Juliet,” in which he played a commanding Prince of Verona.

Friends and colleagues in the dance world took to social media on Tuesday to praise Evans.

“He gave us all the strength, beauty, joy, laughter, smiles, passion, and inspiration to keep going, to keep pushing onward, to be the best we could be,” wrote principal dancer Sara Mearns on Instagram.

In addition to his dance roles, Evans choreographed several works, including “Haiku,” to music by John Cage, for New York City Ballet’s 2002 Diamond Project, as well as a solo for NYCB principal Peter Boal in 2003, performed at the Joyce Theater.

‘Sparkle’s’ Brely Evans says give the remake a chance