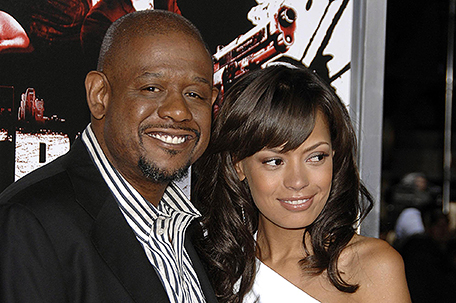 LOS ANGELES — Forest Whitaker has filed for divorce from his wife of 22 years, Keisha Nash-Whitaker.

The brief document says the exact value of the couple’s assets and debts are unclear and will be determined later.

The couple has two daughters together, and each has a child from a previous relationship. All four are adults.

Whitaker’s other credits include “Lee Daniels’ The Butler,” “The Crying Game” and “The Last King of Scotland,” for which he won an Academy Award for best actor in 2007.

The 46-year-old Nash-Whitaker has had a few minor credits as an actress and producer.