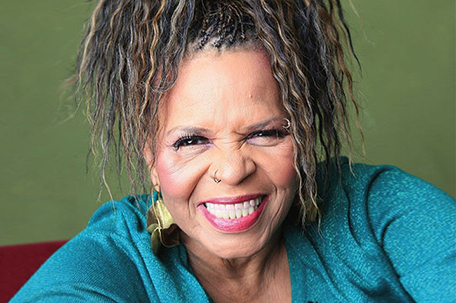 Ntozake Shange, the poet, novelist and pioneering playwright whose landmark choreopoem, “For Colored Girls Who Have Considered Suicide/When the Rainbow is Enuf,” has died at the age of 70.

Shange passed away Saturday morning in her sleep at an assisted living facility in Bowie, Maryland.

Shange was born Paulette L. Williams in Trenton, New Jersey,to an upper-middle-class family. Her father, Paul T. Williams, was an Air Force surgeon, and her mother, Eloise Williams, was an educator and a psychiatric social worker. When she was aged eight, Shange’s family moved to the racially segregated city of St. Louis. As a result of the Brown v. Board of Education court decision, Shange was bused to a white school where she endured racism and racist attacks.

Shange’s family had a strong interest in the arts and encouraged her artistic education. Among the guests at their home were Dizzy Gillespie, Miles Davis, Chuck Berry, and W. E. B. Du Bois.From an early age, Shange took an interest in poetry. While growing up with her family in Trenton, Shange attended poetry readings with her younger sister Wanda (now known as the playwright Ifa Bayeza). These poetry readings fostered an early interest for Shange in the South in particular, and the loss it represented to young Black children who migrated to the North with their parents. In 1956, Shange’s family moved to St. Louis, Missouri where Shange was sent several miles away from home to a non-segregated school that allowed her to receive “gifted” education. While attending this non-segregated school, Shange faced overt racism and harassment. These experiences would later go on to heavily influence her work.

When Shange was 13, she returned to Lawrence Township, Mercer County, New Jersey, where she graduated from Morristown High School. In 1966 Shange enrolled at Barnard College in New York City. During her time at Barnard, Shange met fellow Barnard student and would-be poet Thulani Davis. The two poets would later go on to collaborate on various works. Shange graduated cum laude in American Studies, then earned a master’s degree in the same field from the University of Southern California in Los Angeles. However, her college years were not all pleasant. She married during her first year in college, but the marriage did not last long. Depressed over her separation and with a strong sense of bitterness and alienation, she attempted suicide. In 1971, having come to terms with her depression and alienation, Shange changed her name. In Xhosa, Ntozake means “she who has her own things” (literally “things that belong to her”) and Shange means “he/she who walks/lives with lions” (meaning “the lion’s pride” in Zulu).

In 1975, Shange moved back to New York City, after earning her Master’s in American Studies in from the University of Southern California in Los Angeles, California. She is acknowledged as having been a founding poet of the Nuyorican Poets Café. In that year her first and most well-known play was produced — for colored girls who have considered suicide / when the rainbow is enuf. First produced Off-Broadway, the play soon moved on to Broadway at the Booth Theater and won several awards, including the Obie Award, Outer Critics Circle Award, and the AUDELCO Award. This play, her most famous work, was a 20-part choreopoem — a term Shange coined to describe her groundbreaking dramatic form, combining of poetry, dance, music, and song — that chronicled the lives of women of color in the United States. The poem was eventually made into the stage play, was then published in book form in 1977. In 2010, the choreopoem was adapted into a film (For Colored Girls, directed by Tyler Perry). Since then, Shange has written other successful plays, including Spell No. 7, a 1979 choreopoem that explores the Black experience and an adaptation of Bertolt Brecht’s Mother Courage and Her Children (1980), which won an Obie Award.

In 1978, Shange became an associate of the Women’s Institute for Freedom of the Press (WIFP). WIFP is an American nonprofit publishing organization. The organization works to increase communication between women and connect the public with forms of women-based media. In 2003, Shange wrote and oversaw the production of Lavender Lizards and Lilac Landmines: Layla’s Dream while serving as a visiting artist at the University of Florida, Gainesville.