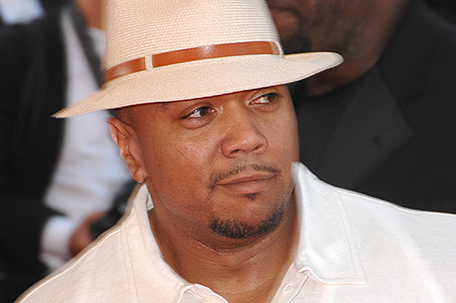 NEW YORK — Timbaland, the executive music producer of the hit series “Empire,” says he has completed his upcoming album and will use television as a platform for the new music.

“Yes, it’s done. I’m doing a TV show with that,” he said in a recent interview. “I’m not going to talk about it. I’m going to leave it at that.”

The megaproducer behind hits for Justin Timberlake, Jay Z and Missy Elliott wouldn’t elaborate on details behind his new album, which doesn’t have a release date.

On “Empire,” Timbaland has had success with the addictive, beat-laden songs, which has helped drive the show’s powerhouse ratings. “Empire: Original Soundtrack From Season 1” debuted at No. 1 on the Billboard 200 albums chart and forced Madonna to debut at No. 2 earlier this year.

Timbaland, 42, has also produced hits for Aaliyah, Beyonce and Nelly Furtado. He says TV and social media are the best ways to get music heard.

“I told people this, `This is how you get your records played and broken’ – `cause we love to watch. You watch your phone all day. You look at Instagram, you look at Snapchat, so what is your psyche telling you? Watch,’” he said. “So if I give you something to hear, somebody can grab your attention span. So if I give you something to watch with some great music, what you going to do? You gonna be like, `That song dope’ because of that picture you are watching.”