Films at AAMP: “Wilmington on Fire” 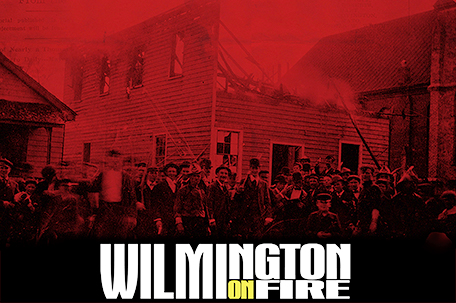 Rosewood has long been infamous, but Wilmington came first — and was even more devastating in its effects.

In 1898, Wilmington was North Carolina’s largest city, with a majority Black population, a thriving Black middle class, and a biracial Republican-Populist fusion government. On November 10, an armed mob of Democratic Party-backed White supremacists opened fire on African -American neighborhoods, slaughtering hundreds and driving thousands out of the city for good.

With this five-year passion project, “Wilmington on Fire”, director Christopher Everett amassed rare photographs, original research, and testimonies from historians and descendants of the victims to uncover a shocking event that marked a turning point in the politics of the post-Reconstruction South.

Don’t miss it as AAMP partners with ReelBlack to host the Philadelphia debut of Everett’s poignant documentary, Wilmington on Fire. A post screening discussion with the filmmaker and audience Q&A will follow the screening. Grab your advance tickets now!