Filmmaker and activist Sabaah Folayan discusses her latest film, the Hulu Original ‘Look At Me: XXXtentacion’ 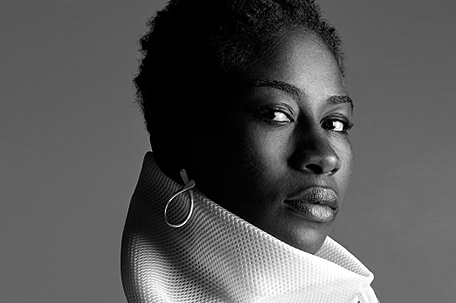 Recently we have seen a surge in awareness surrounding the brutal murders of countless Black and Brown people at the hands of law enforcement. The collection of names that have become famous posthumously such as Sandra Bland and Philando Castile continues to grow at an alarming rate.

On August 9, 2014, Michael Brown Jr., was fatally shot by a 28-year-old white Ferguson police officer. Michael Brown’s execution sparked outrage and protests in Ferguson and then nationwide. Filmmaker and activist Sabaah Folayan documented the murder and its viral impact in her critically acclaimed directorial debut, “Whose Street?” which Hearned her a spot in Filmmaker Magazine’s “25 New Faces in Independent Film.”

Folayan is currently at the helm of producing and directing another story about a young life snatched away tragically. Her latest film— “Look At Me: XXXtentacion” — highlights the life and tragic death of popular rapper Jahseh Onfroy, better known as XXXtentacion. Folayan spoke with the Philadelphia SUN about the importance of sharing his story and what she hopes audiences will take away from this film.

Originally from South Central Los Angeles, Folayan graduated with a degree in biology from Columbia University. She went on to pursue work that allowed her to be an advocate for those suffering with their mental health. Folayan’s passion for helping led her to tell stories that are difficult but necessary. She spoke about the common thread between her debut film “Whose Street?” and “Look At Me: XXXtentacion.”

“I really hate the fact that these stories center around the death of a young Black man,” she said. “I think it’s just a testament to how sick this world is — that this is such a common thing and also that there’s so much energy around this particular instance. I would love to be telling a story about a life well lived and fully lived.”

Throughout “Look At Me,” the audience sees first-hand the struggles that XXXtentacion experienced throughout his life. He was diagnosed with bipolar disorder early in his teenage years and unfortunately, he did not get the adequate help that he needed.

“As a storyteller, I think of myself as a servant to the public and as someone who is helping us process collectively things that are difficult, emotional and taboo,” Folayan said. “I think that’s what kind of connects those two stories. I didn’t go out seeking to tell XXXtentacion’s story. When I was invited to do so, I was really explicit on I’m an activist and a feminist. I shared my background working in a reentry nonprofit and working as a mental health advocate for people who were either incarcerated or hospitalized due to mental illness. The estate understood the value of that approach and when they saw the value of that… that’s what really encouraged me to say, ok this could be a really powerful tool to bring these difficult conversations to people who wouldn’t otherwise have them.”

The topic of mental health has often been considered taboo, particularly in the Black community. “Look At Me” brilliantly shines a light on the topic delicately and candidly through XXXtentacion’s introspection and through real accounts from those that knew him best.

“It was a tight rope,” Folayan said. “My editor, Chris McNabb, also worked with me on “Whose Street?”, so we had a certain rapport and a certain understanding. I have an implicit trust for their ethical compass, their heart, their sensitivity and perception. So, we were in it together from the beginning. It was incredibly challenging. There wasn’t a day that went by that we weren’t going back and forth. Every single second of the film is something that has been poured over and gone back and forth about because never was it comfortable. This shouldn’t be comfortable, and nothing about this situation was comfortable. It was a big risk and I hope people understand where I was coming from and why it is that I chose to tell this story.”

“I didn’t have the opportunity to meet him, but one of the things that always stood out for me before making the documentary is that he had this introspective element to him,” Folayan continued. “He may not have always been right about what he thought — he was a kid — but he was willing to look and he was trying to look. I think that’s really what this is about — that collectively we need to look inward, see where the sources of some of these patterns are and see where we could be better in the ways that we respond in these moments.”

“Look At Me: XXXtentacion” could be considered controversial by some. The documentary does not shy away from dark elements of XXXtentacion’s life, including his propensity for violent outbursts and history of domestic violence.

“I was really clear from the beginning that for some people, and I think particularly of survivors, the act of making this film alone could be triggering,” Folayan said. “His fame and the fact that he’s so well loved can be triggering. So, having that in mind, it had to be useful. It had to be a tool — that was the only way that it would be worth even the possibility of that. If I have the ability to look at this more closely, how can I use that in service of actually solving and improving the issue? Everybody is not going to be able to go there with this conversation, but I don’t think I got hired to direct this film if it’s not for me to say to cancel culture [that] enough is enough. I think that’s the reason why they needed someone like me to tell the story, because something had to be different.”

“I respect and have so much admiration for people who come forward in instances of abuse,” she said. “I also wanted to show with this film that there is no incentive for that and that there are huge consequences for abuse. Collectively one of the things that we can do is to try to find a way to provide more support and a lot more care for people who come forward after they’ve experienced violence. “

“Look At Me: XXXtentacion” acts as a visceral example of what can happen when a mental health crisis goes untreated, compiled with the all-encompassing pressures of fame during one’s youth. Folayan shared what she hopes audiences will take away from the film.

“I just hope anyone who looks up to him understands that he came back to the positive,” she said. “Being the villain and the tough guy did work for him and did create some type of material success, but he was so tortured by what that meant in his personal life that he came back to doing the right thing. He came back to being caring, patient, to finding ways to treat his mental health and that’s where we should all be aspiring to be. He says it in his own words at the end of the film. I just hope young people take away that example.”

Be sure to support Sabaah Folayan’s journey by following her on social media @sabaahfolayan and visit her website at: sabaah.is.  “Look At Me: XXXtentacion”  premiered on Hulu on Wednesday, May 26… it’s a must see!