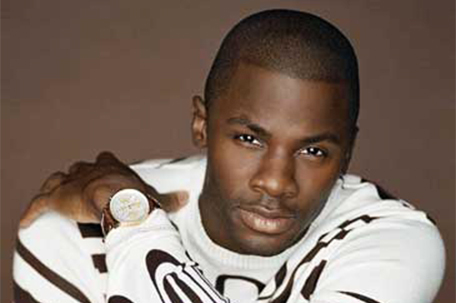 TUSKEGEE, Ala. — Television and film actor Derek Luke will share his knowledge with the summer Class of 2016 with the Tuskegee University community. Friday, July 29 at 10 a.m. CST, he will be the keynote address for the 2016 Summer Commencement Exercises in Tuskegee University Chapel.

Luke is best known for his breakout performance in the title role in the critically acclaimed film “Antwone Fisher.” The 2002 autobiographical film was written by the real-life Antwone Fisher and directed by Denzel Washington. His other film credits include: “Supremacy,” ”Baggage Claim,” “Sparkle,” “Captain America: The First Avenger,” “Madea Goes to Jail,” “Notorious,” “Miracle at St. Anna,” “Definitely, Maybe,” “Catch a Fire,” “Glory Road,” and “Friday Night Lights.”

Most recently, the New Jersey native has starred in the remake of the TV miniseries “Roots” as Silla Ba Dibba, Kunta Kinte’s uncle. He has also had roles in several television shows including “Empire,” “Trauma,” “The Americans,” and “Hawthorne.” He currently stars in the DirectTV series, Rogue, as Marlon Dinard.

Luke is the latest in a succession of notable figures that have been invited to enlighten the university community, reviving the tradition of having world-renowned speakers at the institution. Luke follows Tyler Perry, who addressed graduates this spring. In 2015, U.S. First Lady Michelle Obama was the spring commencement speaker and actress and director Phylicia Rashad was the speaker for the Summer Commencement Exercises.

“Tuskegee University is very pleased that Mr. Luke will be addressing our summer 2016 graduates. Without question, he has been a trailblazer on many fronts within the filmmaking industry, and what I have come to know of him as a person clearly trumps these achievements. Derek, indeed, represents the caliber of commencement speaker fit to pour into the lives of our very best and brightest here at Tuskegee University, and we welcome him with open arms,” said Dr. Brian L. Johnson, Tuskegee University president.