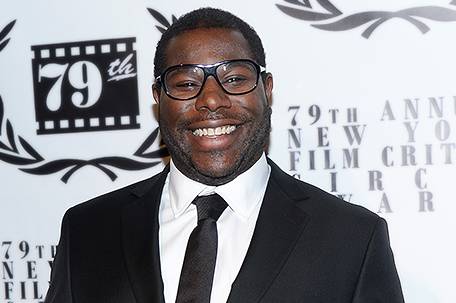 New York Film Critic Armand White is denying the allegations that he heckled Steve McQuee,n, director of the film “12 Years A Slave” as he received his Best Director Award at the New York Film Circle Critics Awards  Monday.

White, a longtime member of the New York Film Critics Circle, was accused of calling the British director a “doorman” and a “garbage man” as he received his award. It was also alleged that the film critic said “F**k you” and “Kiss my a** to the director.

While he has apologized to McQueen since the incident was initially reported, White, a past chairman of the NYFCC, said that he’s being slandered, that he never made those statements, and that this is being used as a means to have him removed from the organization. NYFCC has called an emergency meeting to address the incident.

This is not the first time that White, film critic for the publication City Arts, has found himself in trouble for how he’s allegedly conducted himself at the Critics Film Circle Awards. In 2011, he’s alleged to have sone something similar to  actresses Michelle Williams and Annette Benning as they accepted their awards and it’s also been reported that he heckled Robert DeNiro and Viola Davis during the 2012 awards.

But in a statement to The Hollywood Reporter, White, says enough’s enough.

“The comments that I supposedly made were never uttered by me or anyone within my earshot. I have been libeled by publications that recklessly quoted unnamed sources that made up what I said and to whom I was speaking. Someone on the podium talked about critics’ “passion.” Does “passion” only run one-way toward subservience?”

“The press has accustomed itself to treating me as a bete noir–so much so that eavesdroppers at the event continually misrepresent my behavior, even to the point of repeating such lies as distorting my cheer for Robert De Niro’s The Good Shepherd into “heckling” and that I “made Annette Bening cry”–both false allegations,” White continued. “Among some Circle members and media folk, there is personal, petty interest in seeing me maligned. I guess the awards themselves don’t matter. It’s a shameless attempt to squelch the strongest voice that exists in contemporary criticism.”

White also addressed the motivation behind the emergency meeting.

“Right now former NYFCC Chairman Joshua Rothkopf, acting Chairman Stephen Whitty, Karen Durbin, David Denby, Rex Reed, Dana Stevens and others have arranged a Communist-style special “Emergency Meeting” supposedly in the interest of legislating “decorum”–a meeting based entirely upon something that none of them actually heard and one that is really intended to purge me from the Circle” he said. “Only David Edelstein, with whom I’ve had past public disputes, showed the common courtesy to inquire if the rumors were true.

Did I make sotto voce comments to entertain my five guests? Sure, but nothing intended for others to hear and none correctly “reported.” I don’t even know what it means to call Steve McQueen a “garbage man” or “doorman” even though the racist implications are obvious. None of this makes sense which is what happens when online journalism reports a malicious lie.

As for the group’s craven “Emergency Meeting.” I dont care what they decide. It’s not a meeting I plan to attend,” White said.

The director took to the stage in tears to accept his award after being introduced by singer/actor and civil rights activist Harry Belafonte, Jr., but things quickly turned awkward when the  alleged heckling incident happened.

According to Variety, McQueen appeared not to hear the taunting and thanked the critics group for honoring him with the award, at which point White allegedly heckled him some more.