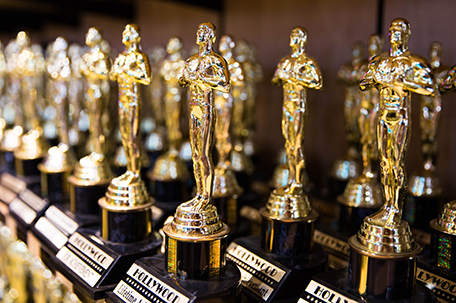 BEVERLY HILLS, Calif. (AP) — “I’d like to thank the academy” is a phrase many only ever get to say in front of their bathroom mirrors. But 16 student filmmakers actually got to utter those words on stage Thursday at the Academy of Motion Picture Arts and Science in Beverly Hills.

Not only that: They’re all also eligible to compete in the 2020 Academy Awards. That’s the power of the Student Academy Awards, an event that is now in its 46th year.

It was an emotional night for many, like Kalee McCollaum of Brigham Young University.

“I never thought those words would come out of my mouth,” she said on the stage flanked by two giant Oscar statuettes in the Samuel L. Goldwyn theater. McCollaum won the gold medal for animation for her short, “Grendel.”

Winners are now eligible for the animated short, live action short and documentary short categories at the Oscars.

Phil Lord and Chris Miller, who co-directed “The Lego Movie,” presented the animation awards, deadpanning that “no one ever thanks the presenter.”

“Queen & Slim” director Melina Matsoukas, who presented the narrative awards, said she had joked earlier about how she was never invited to the awards when she was a film student.

“Now I understand why, that was incredible,” Matsoukas said, following a highlight reel of the projects.

Zoel Aeschbacher, of Switzerland, took the gold prize in the international narrative category for his drama, “Bonobo,” about how a broken elevator affects the residents of a public housing unit.

“I wasn’t expecting the gold one,” he said, nervously telling the audience that he bought a special suit for the event.

Princess Garrett, of Villanova University, who won for her documentary short, “Sankofa,” about the loss of African identity in black males, gave a spirited speech alongside her large crew.

“Being complacent is not the answer,” Garrett said. “If you are not fighting to end the problem, you are the problem.”

Some were a little less enthusiastic about the spotlight, however.

“After all those speeches I think I might be too shy for this kind of situation,” said Yifan Sun, of Poland, who won the gold medal in the international documentary category for “Family,” about a girl adopted by a Belgian family who finds her birth family in China.

Presenter Rory Kennedy assured her that she did “a fantastic job.”

And Asher Jelinsky, who is gender nonbinary, won the domestic narrative category for “Miller & Son,” about a trans woman who works at an auto shop during the day and can be herself at night. Authenticity in casting was of utmost importance to Jelinsky.

“This film would have not been nearly as impactful without your talent,” Jelinsky said to the film’s star, Jesse James Keitel.

There were 1,615 entries from 360 colleges and universities around the world.        Categories recognized include narrative, documentary, animated and alternative/experimental productions by American and international college students.

Winners are voted on by members of the film academy. This year a record 752 members participated.

The Student Academy Awards is a tradition dating back to 1973 that helps spotlight emerging talent. Tickets to the ceremony are free to the public, who stand in line outside hoping to get a spot in the room.

“You are the future of film: a future that is diverse, international and very bright,” said film academy president David Rubin. “On behalf of all the members of the academy, we can’t wait to see the stories you next tell.”

— “All That Remains,” Eva Rendle, University of California, Berkeley

— “Something to Say,” Abby Lieberman and Joshua Lucas, Columbia University